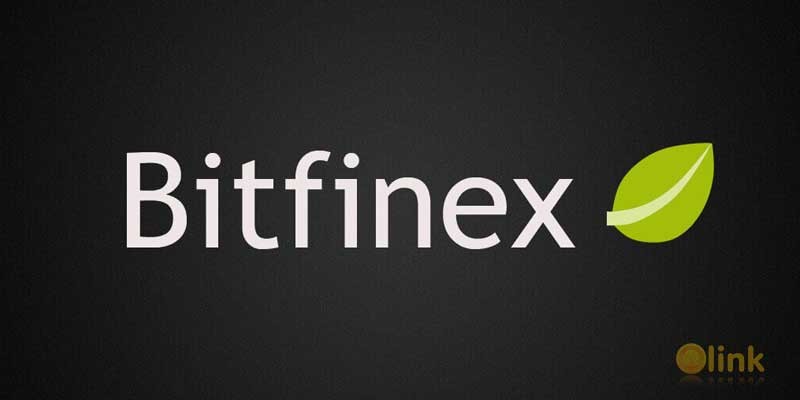 The BitCrypto'ed blog claims that the Bitfinex Exchange is engaged in a fictional trade (wash trading). The blog article, consisting of two parts, reports on the alleged illegal activities of the exchange. In the first part, the author explains how the process takes place and why it is profitable for the exchange, and in the second - what could push Bitfinex to carry out such operations. 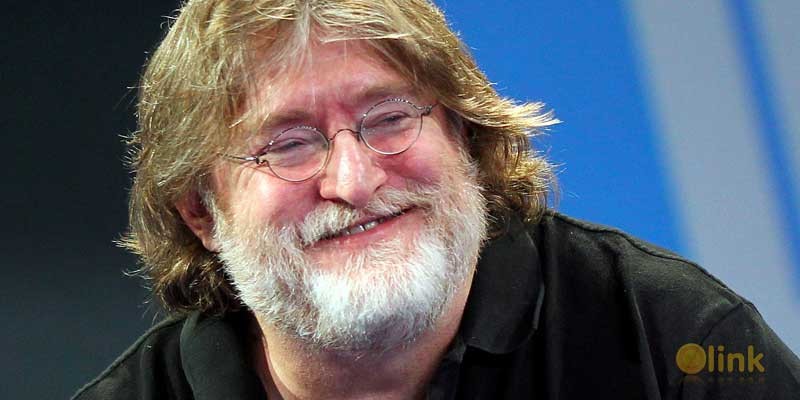 The industry of video games is experiencing rapid growth, and the popularity of online broadcasts of major e-sports tournaments attracts an audience comparable in size to the audience of traditional sports events. Moreover, this phenomenon already claims for official recognition from far from virtual sports associations and committees: for example, the International Olympic Committee allows the holding of the first ever Olympic video game tournament in 2024. About 58 million people around the world call themselves professional gamers. The total profit of platforms that allow organizing cyber-tournaments is approaching $ 1 billion, and, according to some estimates, in just a few years it will gain another billion. This popularity of video games has led to the emergence of several related industries, one of which is the sale and purchase of virtual items, such as skins and weapons. If skins serve mainly to amuse the player's pride, then weapons often play a decisive role in virtual battles. Nevertheless, skins, which have no practical value even in the virtual world, are sold for quite real money. Some of them, considered rare, go to new owners for 15 thousand dollars. 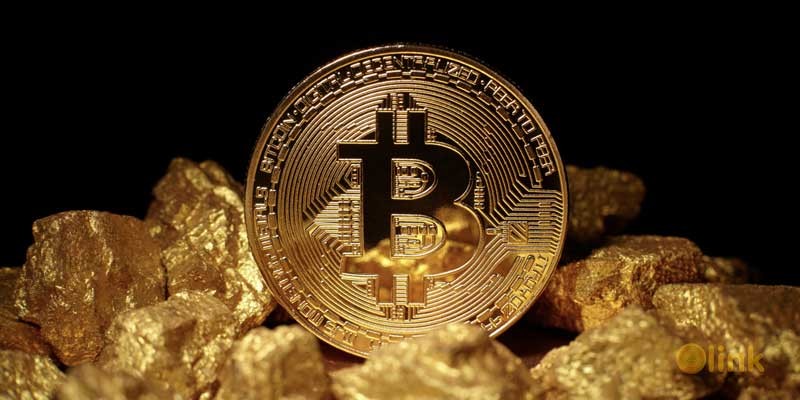 On the eve of the launch of Bitcoin Gold fork, which is tentatively scheduled for November 1, a list of fraudulent websites, wallets and accounts in social networks was published on the site of the project developers. If you plan to receive Bitcoin Gold coins, be careful when obtaining coins and do not transfer data to access your wallet to third parties, especially if you did not take precautions and no longer transferred the real bitcoins to another purse.

Where the Chinese Cryptobarons Leave 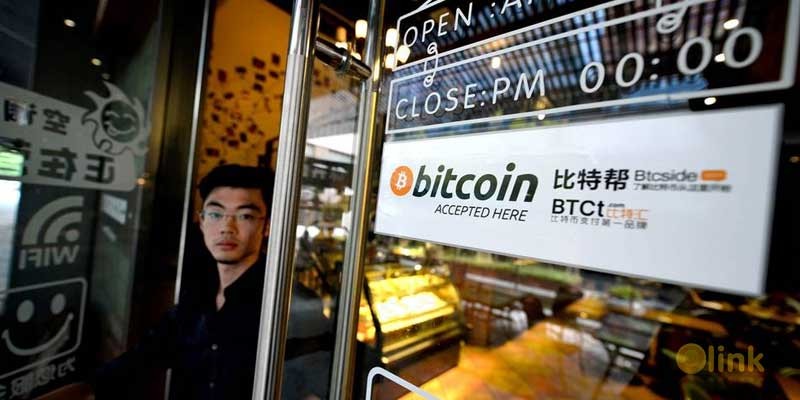 Chinese exchanges and operators of crypto-currency wallets, disappointed with the opportunity to continue working in their country, are in search of new opportunities and partners in neighboring Asian countries. Many translate their crypto-currency business in whole or in parts. For example, an application for licensing is submitted to Japan, and offices are located in Singapore and South Korea. The largest players who once dominated the world's crypto currency market, are forced to seek refuge in neighboring countries. At least 19 companies have applied for licenses in Japan.

US Treasury Officials for more detailed study of the blockchain 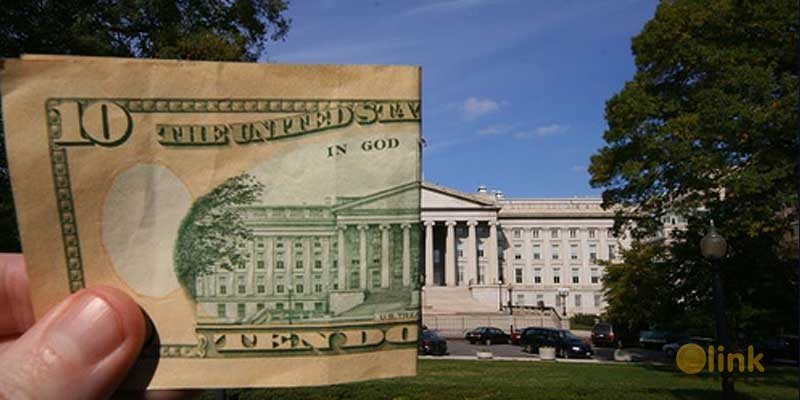 One of the government officials involved in the study of distributed registry technology, initiated by the US Treasury, insists on a deeper testing of the blockchain technology. In an article published this week in the Journal of Federal Financial Management, Craig Fischer, the head of the project group for the management of financial innovation and transformation (FIT) of the Treasury Department of the Ministry of Finance, proposed to investigate in more detail the technology of the distributed registry. He noted that the possibilities of its application will help improve the exchange of data and information.

Cryptocurrency avalanche: why the ICO market is growing so fast 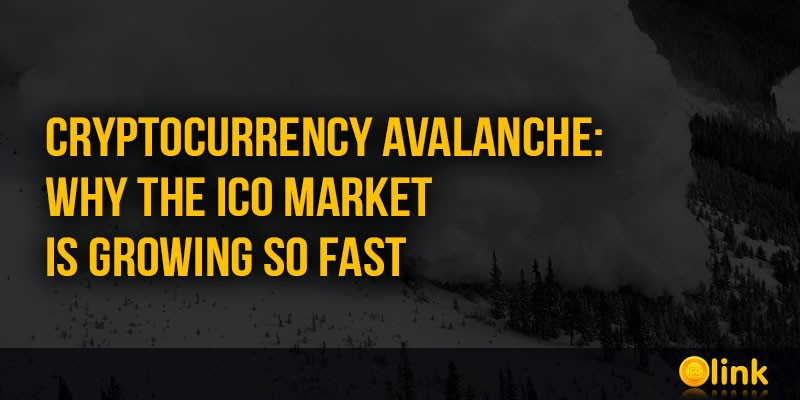 The Initial Coin Offering (ICO) market is new and relatively small. In 2016, the world spent an ICO of $ 103 million, if you do not take into account the hacked and canceled ICO project The DAO. In the same year, the world market of venture investments amounted to $ 127 billion. Meanwhile, according to the portal CoinDesk, for the first half of 2017, ICO was held in the world for $ 1.13 billion, of which $ 797 million was in the second quarter. The results of the second half of the year promise to be even more impressive.

Botnets - a threat to the future of the Internet of things 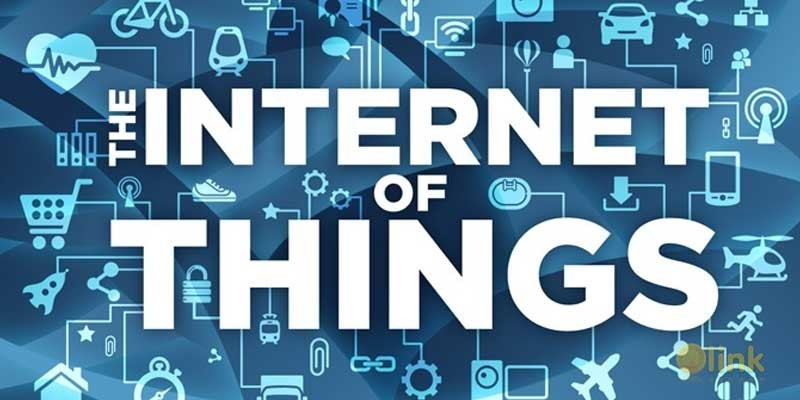 If you follow the news from the technology world, you've obviously heard many times about the Internet of things (Internet of Things or IoT). With the proliferation of smart home devices - from lighting devices to thermostats and cameras, and the use of other smart solutions in enterprises, the spread of IoT and the problems associated with it, it's becoming increasingly difficult to ignore. When you think about DDoS-attacks, then computers and servers infected with malicious programs and viruses that are controlled by a secret and anonymous server come to mind. However, the largest botnets and associated DDoS attacks that appear recently do not always spread through infected computers, servers or smartphones. Hackers found that it is much easier to compromise a vulnerable IoT device than to try to force a user to click on a malicious link or download an infected file.

The DASH team launched an advertisement on television in the US 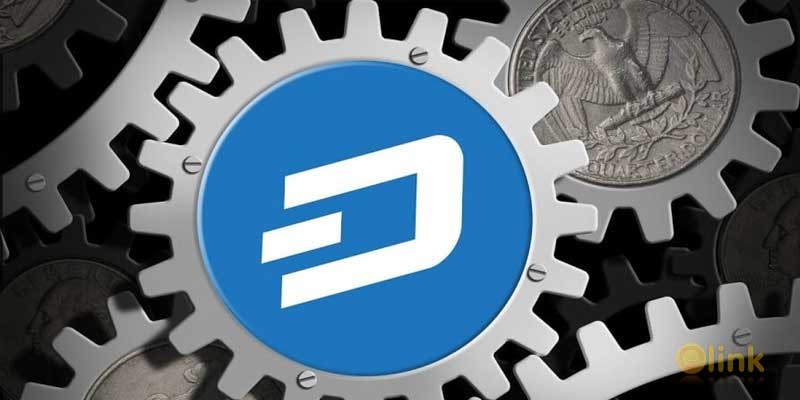 News about crypto-currencies more and more often flash before your eyes in the network already and on those resources that are not devoted directly to financial technologies or business. Of course, this is to be expected from the leading Internet publications, the purpose of which is to find any novelties in IT. However, what happens in more traditional media channels? As it turned out, not everything is so sad. In early October this year, a Twitter user with the nickname CryptoRick posted a tweet in which he said that he saw a commercial for Dash crypto cash in a United Airlines airplane. This information is confirmed by other users who were on this flight.

The complexity of Bitcoin mining jumped by 21.4% for the first time in two years 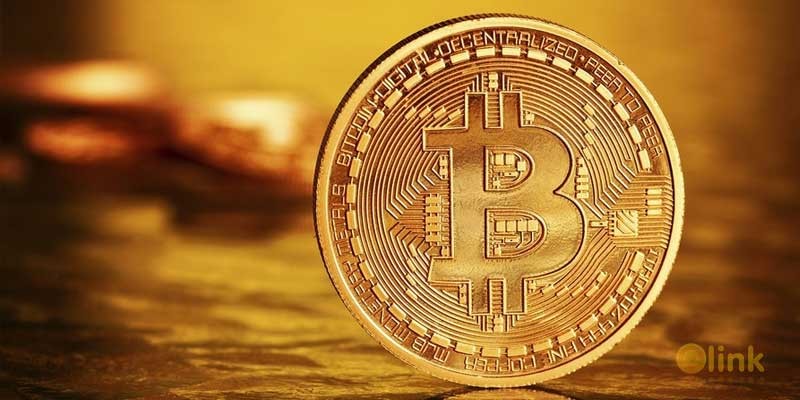 Users of the social network Reddit discuss the recent jump in complexity in the Bitcoin network. The last major change raised the complexity by 250 billion units, or by 21.4% from a value of 1,196,792,694,099 to 1,452,839,779 146. The last time such a major leap took place in 2015. In order for the reader to better understand the scale of this change, we recall that it took almost 7 years for the complexity to rise from 1 to 250 billion. The reason for such a drastic change could only be the introduction of new large-scale mining equipment in the last two or three weeks, and the consequence was a natural growth of the network hash from 8.56 to 10.4 E / s (ex-session per second). 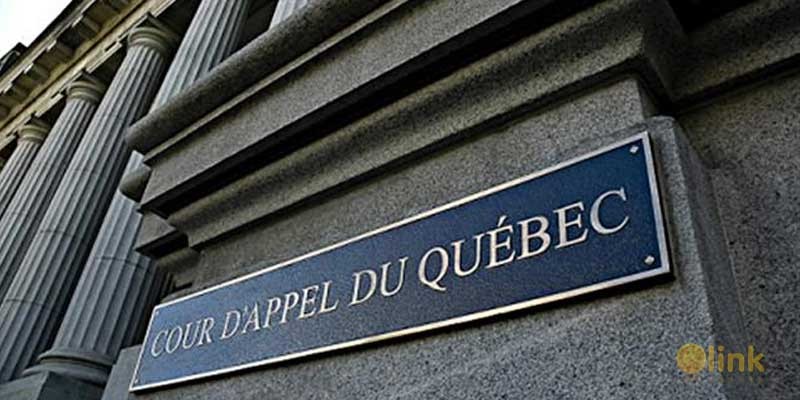 The Supreme Court of Canadian Quebec accuses the organizer of ICO PlexCoin and the head of DL Innov inc, Dominic Lecroix, in disobeying the regulator - it repeatedly ordered to stop investing money from investors on PlexCoin (the Altocum on the basis of the Etherium). In July, the Commission for the Supervision of the Financial Market of France (AMF) issued regulations prohibiting companies Lecruix and some other projects that are associated with it, to engage in "any form of investment", as well as close all sites related to PlexCoin, and withdraw all advertising .

Atomic swaps: what it is and how they work 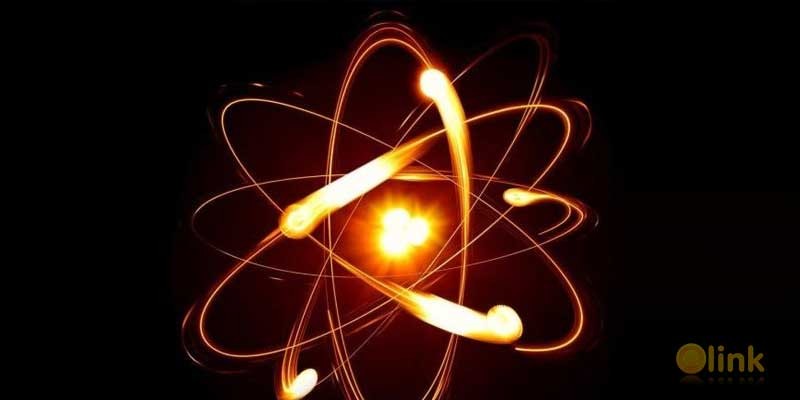 Many specialists in the developer community are working on a new function called atomic swaps. These swaps completely eliminate the need for third parties to participate in the exchange between blockchains of various crypto currencies and transfer the reins of the trade directly to the user. In recent months, much has been said about the revolutionary idea, known as internetwork atomic swaps. Atomic swaps are a new technology that is still in development, allowing P2P trading between different types of digital assets.

Bitmain engaged in the development of artificial intelligence 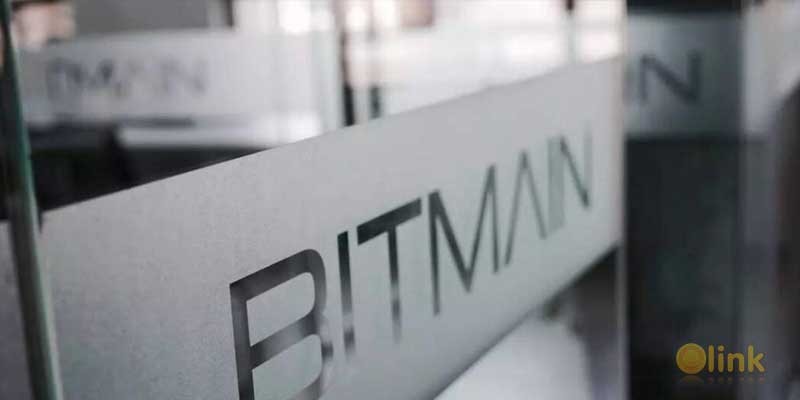 Leading manufacturer of equipment for mining, Bitmain, announced the release of the first products in the field of artificial intelligence (AI). The initiative is being implemented at the Bitmaintech Israel Research Center, the first center of the company outside of China. "We are very proud to be part of the effort to develop software for an artificial intelligence product called Sophon. Our AI researchers focused on creating a computer version and NLP solutions optimized for the Sophon platform, "said Bitmaintech Israel head Gadi Glikberg. 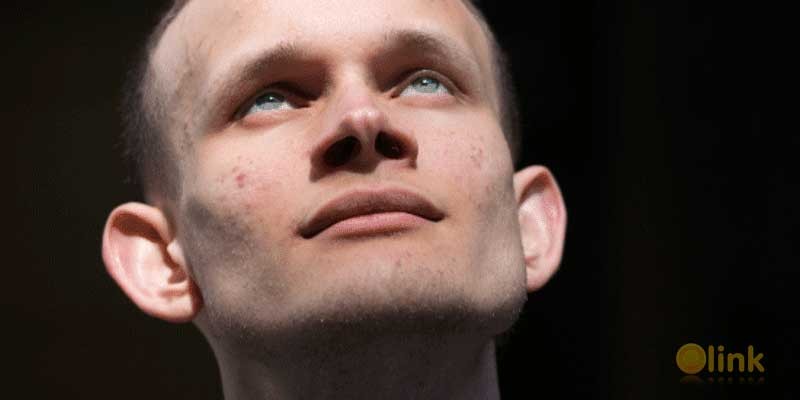 The operator of the former Bitcoin Exchange Coin.mx received 16 months in prison 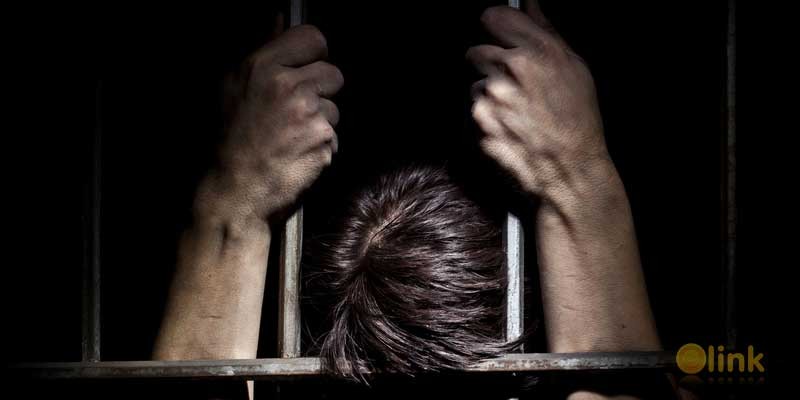 One of the operators of the now defunct bitkoin exchange Coin.mx was sentenced to 16 months in prison. According to Reuters, the Ukrainian software engineer Yuri Lebedev, who lives in Florida, was found guilty of assisting in the management of an unlicensed bitcoin exchange. From the time of his arrest to the verdict handed down by District Judge Alison Nathan, more than two years have passed. Initially, he was arrested and charged with violating laws on money laundering. Pastor Trevon Gross, like Lebedev, was found guilty in March, although in the case of Gross he was charged with bribery in connection with the recently closed credit union in New Jersey, which was allegedly used to transfer funds from Coin.mx abroad.

Central Bank of Indonesia banned crypto-currencies, exchanges in the country are being closed 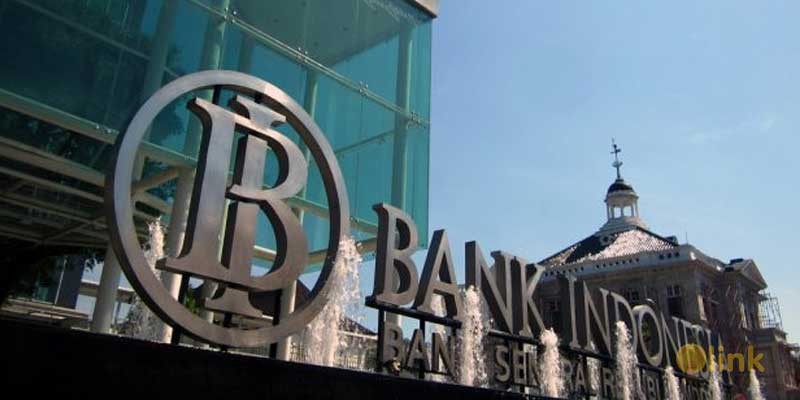 Indonesian crypto-exchange platforms announced the termination of activities in connection with the announcement of the Bank of Indonesia that it does not recognize bitcoin as a means of payment. So Bitbayer, the Indonesian alternative to Bitpay, announced that it will stop providing services from November 1 and invited customers to withdraw funds by the end of October. Toko Bitcoin, which allows its customers to purchase prepaid vouchers for bitcoins, also ceased to accept crypto currency as a means of payment. Bitcoin Indonesia, Oscar Darmawan, the general director of the exchange, said that the termination of the platforms was not the result of direct intervention by the central bank of Indonesia.

Satoshi Nakamoto could already be on the Forbes list 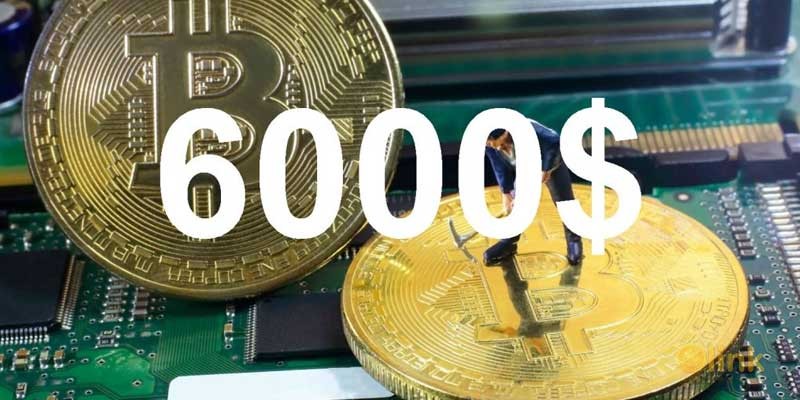 Recently, the price of bitcoin exceeded 6,000 dollars, and the capitalization briefly exceeded $ 100 billion. Thus, the alleged state of the anonymous creator of crypto currency Satoshi Nakamoto exceeded 6 billion dollars, theoretically making it possible to include it in the list of the richest people in the world according to Forbes. At the current bitcoin course, 1 million coins, owned by Satoshi, would place him at 237 in the Forbes rating. 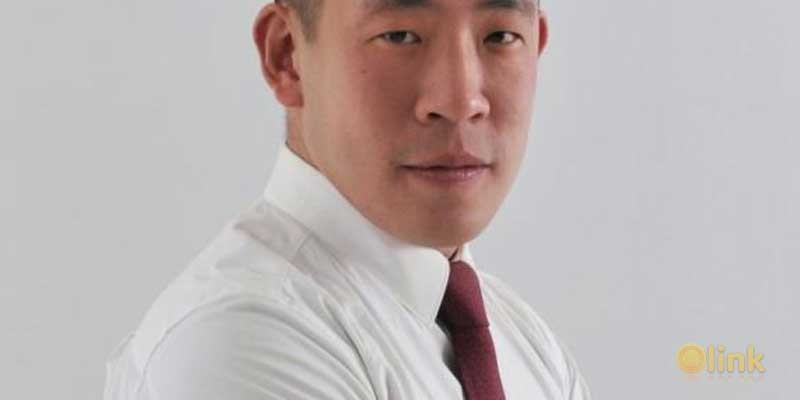 At the stock exchange in the United States, the first regulated transactions with derivatives of crypto-currency instruments were implemented: the LedgerX platform confirmed information on the trading of crypto-currency derivatives before the sale to institutional investors in July. On the trading platform LedgerX, there are 176 swaps and option contracts traded in the first week, for amounts over $ 1 million.

HOW TO CHOOSE THE RIGHT ICO 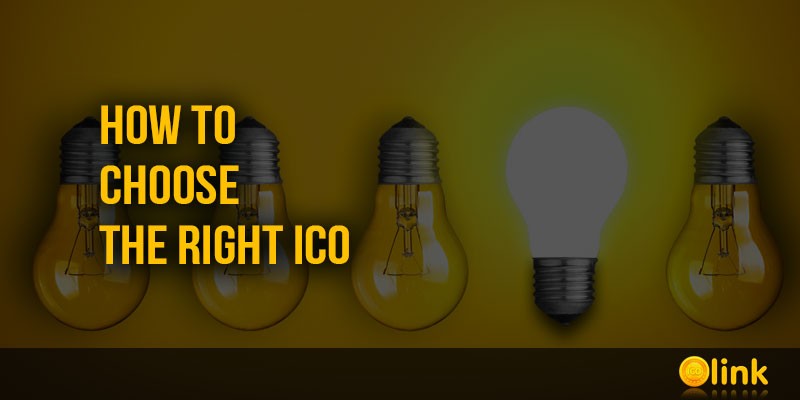 ICO, also known as the initial token offering, creates new millionaires around the world: in Africa, Asia, Europe, Australia and both Americas. There are several actions that you have to perform for critical analysis of ICO before investing. Here are some practical steps for ICO analysis.