Ripple CEO: regulation will help the adoption of cryptocurrency and blockchain 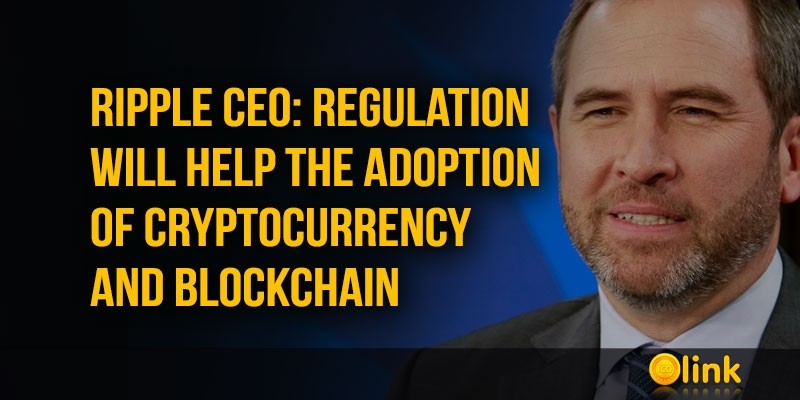 At a meeting with the Deputy General Counsel of the International Monetary Fund Ross Leckow, Ripple CEO Brad Garlinghouse expressed the opinion that universal regulation would spur Bitcoin and blockchain adoption. The meeting was held as part of the Fintech Festival in Singapore.

"Regulatory clarity has a huge ability to drive digital asset and blockchain adoption. It is surprising how many markets still have uncertainty," said Garlinghouse.Enter heading here...

The Association of Southeast Asian Nations (ASEAN) has transparent regulation of the blockchain and cryptocurrencies, but even here, there are various difficulties when it comes to interbank transfers. And this is exactly the area in which Ripple works.

"Nearly 50% of all of our global customers are based in the region, and our Singapore headquarters continues to be a growth engine for Ripple — expanding by 200% in the past year," said Brad Garlinghouse, noting Thailand, where the regulator separately allowed the turnover of XRP tokens.

Leckow assured Garlinghouse that the IMF would make all the necessary efforts and support the countries of the region in creating effective rules that do not suppress the development of cryptocurrency and blockchain projects. He noted that Chris Larsen, co-founder and former head of Ripple, is also a member of the IMF advisors.

Recall that the other day Garlinghouse stressed that despite the denial of the SWIFT representatives of the blockchain value for cross-border payments, already more than a hundred banks connected to this system signed an agreement with Ripple.