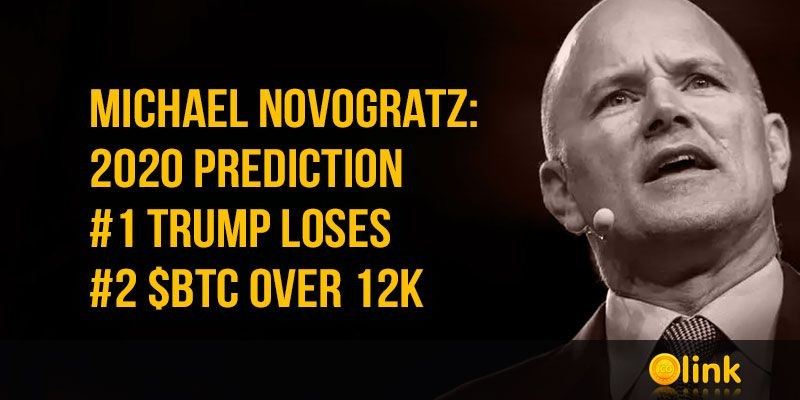 According to well-known cryptocurrency enthusiast and founder of Galaxy Digital Michael Novogratz, in 2020 the first cryptocurrency will reach at least $ 12,000.

Novogratz said on Twitter that by the end of next year, Bitcoin will cost at least $ 12,000. In addition, he believes that US President Donald Trump will lose the next presidential election - he will not have more than 10 million votes to stay for a second term.

One of the Twitter users doubted Novogratz's prediction regarding Trump's presidency and even bet 1 ETH that Trump would be elected for the next term. The cryptocurrency enthusiast did not refuse the argument and accepted the bet.

Recall that back in July, Novogratz said that the first cryptocurrency will reach $ 40,000 in 2018. At the same time, against the background of Bitcoin consolidation, his company Galaxy Digital reported a loss of $ 68.2 million for the 3rd quarter of 2019.