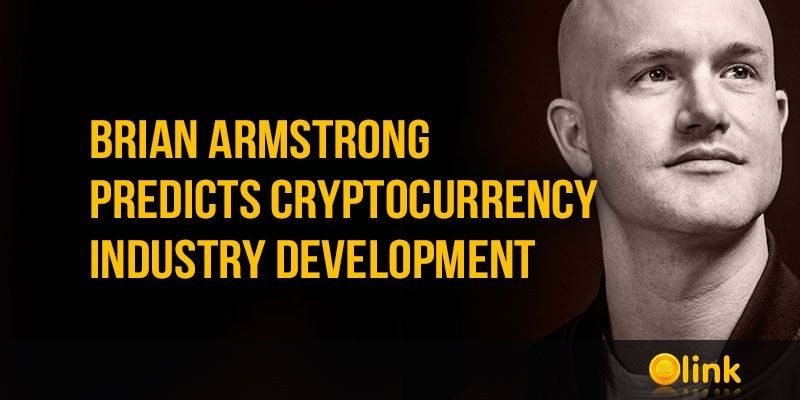 Coinbase Co-founder and CEO Brian Armstrong published a post in which he predicted the development of the cryptocurrency industry for the next ten years.

According to Armstrong, in the 2020s, there will be a peak in the development of confidential cryptocurrencies - privacy functions will be included in the blockchains, and the number of holders of anonymous cryptocurrencies will increase to 1 billion. Note that today this number is about 50 million people.

The scalability of blockchains, according to the forecast of Coinbase CEO, will increase significantly. Distributed registry technology will be implemented both in emerging markets with an unstable financial system, and at the government level, as well as in large companies working in the field of information technology.

In addition, Armstrong predicts the appearance of consolidated developments with the participation of international startups and organizations that will form the basic infrastructure for the creation of various tokens. Most new cryptocurrency projects will focus on utility tokens, while trading in digital assets will not lose its relevance.

Coinbase's CEO is convinced that in the coming decade, many countries will issue state stablecoins, and China and the United States will be among the first to implement this initiative. Armstrong suggests that even the International Monetary Fund (IMF) could issue such a digital currency.

In addition, he is confident that the cryptocurrency market will become similar to the traditional financial market, in which organizations are divided into brokers, exchanges and custodians. This is starting to appear now: for example, Coinbase Custody is already functioning as a separate service for storing assets, and Coinbase Pro will become a separate exchange and broker.

Armstrong also hopes that in the 2020s there will be an accelerated development of decentralized exchanges and applications, as well as decentralized finance (DeFi). Finally, Coinbase's CEO "predicted" the growth of Bitcoin to $ 200,000. If Bitcoin really reaches this mark, then most of the billionaires will appear in the cryptocurrency industry.

Recall that, as Brian Armstrong said last July, five years later, Coinbase will become a more versatile company that will promote cryptocurrencies and their implementation at the international level.