Dan Morehead: now is a great time to buy Bitcoin 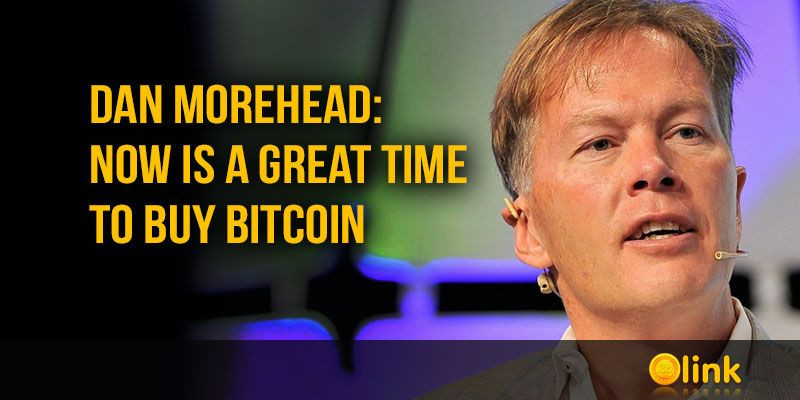 Dan Morehead, CEO of a large cryptocurrency hedge fund "Pantera Capital", notes that the decline in cryptocurrency rates and the panic in the market that is currently taking place make it possible to buy Bitcoin. In his monthly letter to investors, Morehead emphasized the need to buy cryptocurrencies, and any other assets, when the markets are "below trend."

If you look at Bitcoin, now is a great time to buy - BTC has been so "cheap relative to the trend" only 20.3% of the time in its entire history..

Morehead also added that even a significant increase in Bitcoin in the last year does not mean that the asset is overvalued:

Profit year to year, in fact, did not show special peaks, as it was in past bullish cycles. Profit is now 281% and looks completely normal given the amount of cash printed by central banks during that time..

The fall of bitcoin was influenced by various fundamental factors, including a possible ban on mining. However, as Morehead recalled, this is not the first time that there are rumors about the ban of cryptocurrencies in various countries, including China. At the same time, he counted at least eight cases when the Chinese authorities themselves took steps against the cryptocurrency industry. Also, according to the CEO of "Pantera Capital", one of the possible factors of the decline in the exchange rate was the period of payment of taxes in the United States – many traders liquidated positions before paying taxes. He recalled that in previous such periods, the bitcoin exchange rate significantly sank.

Another factor in the decline in the exchange rate, Morehead noted the messages of Elon Musk (Elona Musk), but did not go into details. Recall that in mid-April, the capitalization of the cryptocurrency market reached $2.5 trillion, and the bitcoin exchange rate exceeded $60,000. However, this was followed by a fairly sharp drop to $30,000. Now the BTC exchange rate has recovered slightly and the first cryptocurrency is trading at $39,000.