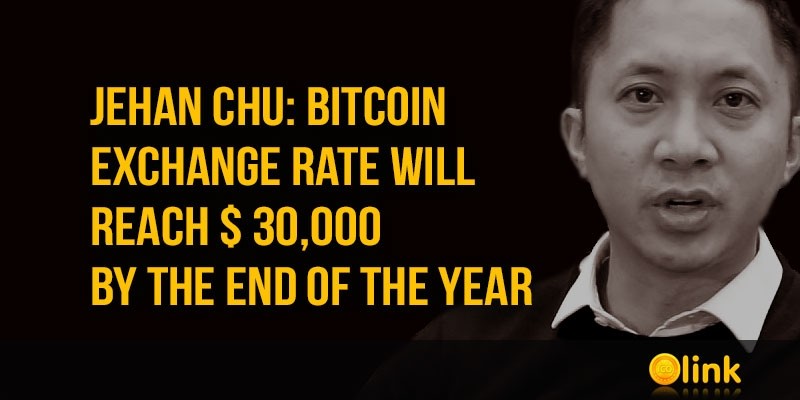 Co-founder and CEO of Kenetic Capital, Jehan Chu expressed the opinion that the rate of the first cryptocurrency by the end of this year will exceed $ 30,000.

Chu made a statement in an interview with Bloomberg. According to the head of Kenetic Capital, one of the main factors for the growth of Bitcoin will be the launch of the Fidelity and Bakkt platforms, the emergence of Facebook's own cryptocurrency. In addition, the recent unsuccessful share offerings conducted by Uber and Lift may attract investors to "new technology companies."

Another argument in favor of the growth of the first cryptocurrency, said Jehan Chu, is the future halving of the Bitcoin mining award that will occur next year. At the same time, altcoins can also grow in price. According to Chu, the Ethereum will remain on the market for a long time, especially considering the level of acceptance and the large number of developments on the Ethereum blockchain.

"Bitcoin is the biggest brand, it's the massive elephant in the room. And it definitely had center of gravity with that many other cryptocurrencies benefit from,"

It is interesting that, according to the head of Kenetic Capital, the appearance of exchange-traded funds (ETF) on Bitcoin will not greatly affect the rate of the first cryptocurrency. Large companies will become a catalyst for growth and not ETF approval.

Earlier that "cryptocurrency winter" is over, said Tom Lee and representatives of Weiss Ratings. Analysts at Canaccord believe that Bitcoin will return to a historical record of $ 20,000 only by 2021.