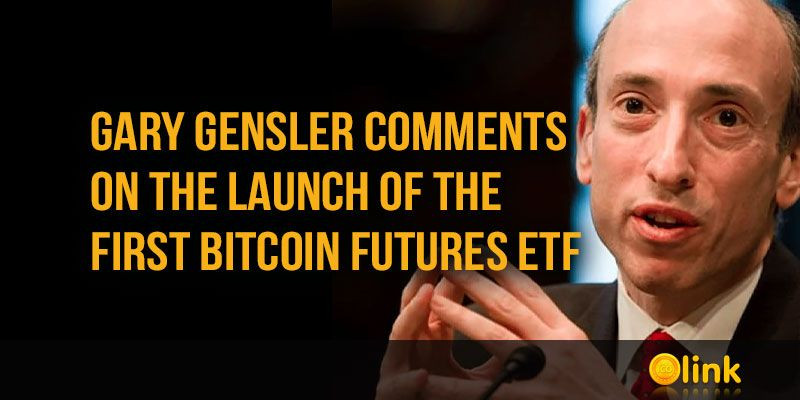 Gary Gensler | Chairman of the US SEC

Gary Gensler, Chairman of the US Securities and Exchange Commission, explained why the agency approved the launch of an ETF on BTC futures, rather than a direct exchange-traded fund for cryptocurrencies.

The first ETF for Bitcoin futures was the ProShares fund, which is already traded on the NYSE Arca. On the first day, the volume of trading in shares of this fund exceeded $ 1 billion. In an interview with CNBC, Gary Gensler commented on its launch, saying that the SEC intends to remain neutral in relation to technological innovation, but not to their regulation.

The Commission gave the green light to the launch of a new product, as it now has the opportunity to protect investors from the risk of losing funds.

"Futures are regulated by our sister agency, the US Commodity Futures Trading Commission, where I had the privilege of working for four years. Therefore, the SEC approved the launch of an ETF on Bitcoin futures. The new investment product we have now can be controlled by the CFTC and is subject to the Investment Companies Act 1940,"

He stressed that Bitcoin is still considered a high-risk asset due to its high volatility, and it can be used for market speculation. Many companies hope that if the regulator approved the launch of a "futures" ETF for Bitcoin, then a "spot" ETF for cryptocurrencies will soon appear on the market. However, judging by the statement of Gensler, the SEC is unlikely to live up to investors' expectations.

Direct Bitcoin ETFs are already available in Canada, Brazil and the United Arab Emirates. However, the head of investment fund Pantera Capital, Dan Morehead, believes that if the United States allows the launch of this investment instrument, the Bitcoin rate could greatly decline due to speculation.