Former US Treasury Secretary ceased to be an opponent of Bitcoin 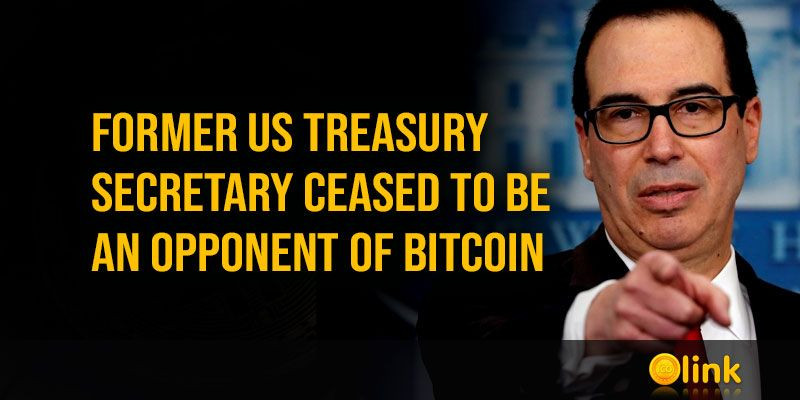 Former US Treasury Secretary Stephen Mnuchin has changed his hostility towards Bitcoin to a more loyal one. However, he himself is not going to invest in cryptocurrencies. The administration of former US President Donald Trump was known for its disdain for cryptocurrencies, and Trump called Bitcoin a "scam."

However, in a recent speech, Mnuchin stated that his opinion about Bitcoin has begun to gradually change. According to Mnuchin, the blockchain technology that powers Bitcoin is truly "incredible." It has great potential that can be used in various fields, especially in the finance industry.

"If people want to buy Bitcoin, this is quite normal. Buying Bitcoin shouldn't be any different from buying gold or any other asset. I would not want to keep Bitcoin in my investment portfolio, but I do not mind other people investing in it,"

He also expressed his desire for Bitcoin to be fully compliant with the Bank Secrecy Act (BSA) and other regulatory requirements, as this will facilitate its widespread adoption. Last year, the Office of the Comptroller of the Currency (OCC) already proposed regulatory changes that will make it easier for cryptocurrency firms to interact with banks.

The cryptocurrency community took Mnuchin's statements with optimism. For example, the author of the bestselling book A Brief History of Money, or Everything You Need to Know About Bitcoin, Saifedean Ammous, tweeted that he is pleased to hear such words from a person who was previously an ardent opponent of Bitcoin.

However, incumbent Treasury Secretary Janet Yellen is concerned that cryptocurrencies could be used for drug trafficking, money laundering and terrorist financing. Therefore, Yellen advocates for the government to develop strong regulation of cryptocurrencies.