Glassnode: stabilization of the Bitcoin rate – “the calm before the storm” 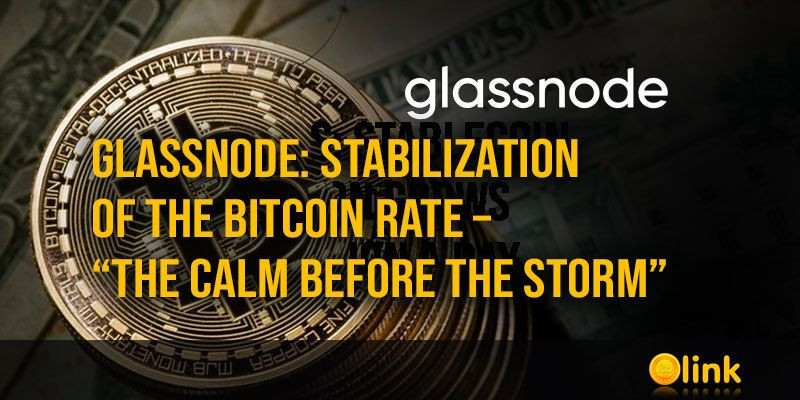 Glassnode: stabilization of the Bitcoin rate

Bitcoin price has been holding in a narrow corridor between $ 30,000 and $ 35,000 for several weeks. Glassnode analysts have named the factors that can push the Bitcoin rate up. After recent fluctuations in the cryptocurrency market associated with bans by the Chinese authorities on mining and trading cryptocurrencies, the Bitcoin rate has stabilized and is holding in a narrow range.

At the beginning of last week, Bitcoin traded above $ 35,000, but today dropped to $ 31,918, rising to $ 32,500 by mid-day. Analysts at Glassnode reported that after Chinese miners moved abroad, the hashrate of the Bitcoin network began to recover. After a recent peak in the hash rate of 55% from its high, it has now risen to 39%. If it remains at this level, it will mean that almost a third of miners affected by the bans of Chinese regulators have already successfully settled in other jurisdictions and restarted their equipment.

Glassnode researchers believe that the overall market sentiment may depend on the rate of recovery of the processing power of the Bitcoin network. This will take the pressure off the sellers of mining equipment. So, in June, Bitmain was forced to suspend the sale of ASIC miners due to the large influx of equipment into the secondary market. In addition, the number of active Bitcoin miners is growing again, and they are increasing their BTC holdings at a fairly high rate, reducing the sales of mined Bitcoins.

Another indicator of market sentiment is that Bitcoins remain mainly on exchanges or are withdrawn from them. The more Bitcoins go to exchanges, the higher the likelihood that traders will sell them, and vice versa. According to recent data from Glassnode, users are withdrawing around 2,000 BTC per day from centralized exchanges. According to analysts, a few months ago, when Bitcoin was trading for about $ 60,000, exchange reserves in Bitcoins were also depleted - many institutions sent their Bitcoins to the Grayscale GBTC Trust or continued to hold them. However, after the BTC rate almost halved, users began to massively return Bitcoins to trading platforms in order to sell them as soon as possible.

Now the situation is changing, and as the volatility of Bitcoin decreases, more and more users are withdrawing Bitcoins from exchanges to their personal wallets.

"Considering that Bitcoin has begun to recover from months of turmoil, this positive trend and Bitcoin being stuck in a narrow price band feels like the calm before a storm,"

Activity in the cryptocurrency derivatives markets also continues to decline. This indicates a decrease in traders' interest in speculation using borrowed funds. As a result, the volume of spot trading in Bitcoin is gradually recovering, and this can push the Bitcoin rate up. Analysts concluded that the next major Bitcoin price move will be driven by underlying supply and demand, not speculative trades.