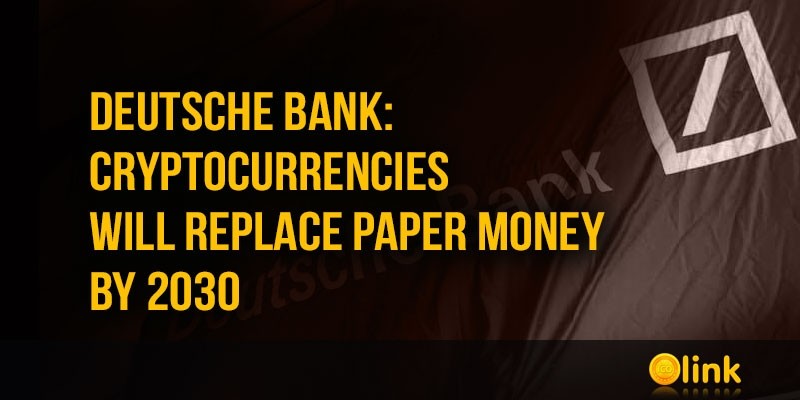 According to a new study by Deutsche Bank, by 2030 the demand for alternative currencies will increase significantly, which will lead to the disappearance of fiat currencies.

In the Imagine 2030 report, Jim Reid, head of Deutsche Bank's Global Fundamental Credit Strategy, recalled the problems that the current monetary system has faced in recent years. He said that the increased demand for intangible assets and their anonymity will attract more people to digital currencies.

However, in order for cryptocurrencies to become more popular, three major problems must be solved. We are talking about doubts of governments and regulators about the legitimacy of digital currencies, as well as price fluctuations and a small penetration into global markets. Creating systems with mobile applications and plastic cards will help solve these problems.

Reid also noted that the more cryptocurrencies spread, the more problems will arise. For example, a new financial system based on digital currencies will appear, which will depend on the availability of electricity, and will also be susceptible to attacks by hackers.

"As that occurs, the line between cryptocurrencies, financial institutions, and public and private sectors may become blurred,"