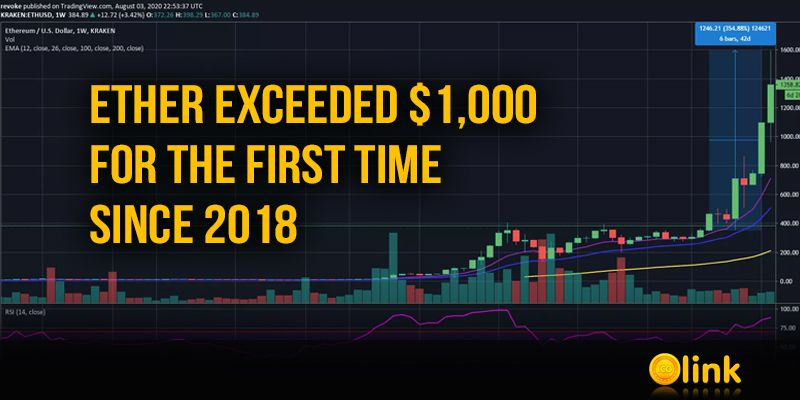 Recently, crypto enthusiasts are happy not only for Bitcoin, the rate of which has approached $35,000. Ether exceeded $1,000 for the first time since the beginning of 2018. Since the evening of January 2, ETH has grown by a third — at that time the coin was trading at $720, now ETH is $1,090. It is quite possible that in the coming days, Ethereum will record new highs. The previous one was set at $1,400 in mid-January 2018.

The growth of the ETH rate is not accidental — the hashrate of the Ethereum network has doubled since the beginning of 2020 and reached a historic high. In addition, the number of available coins on the market has decreased to the lowest level in the last five years — ETH holders simply do not want to sell it. The recent announcement by CME Group about the launch of Ethereum futures trading was also influenced.

Recall that at the end of last year, a gradual transition to Ethereum 2.0 began. On December 1, the "zero" phase of ETH 2.0 was launched in the form of a" signal chain " Beacon Chain. Within its framework, users block ETH coins for staking. Currently, 1.64 million ETH is blocked, which reduces the supply of cryptocurrency on the market. At the same time, according to Flipside Crypto analysts, Ethereum 2.0 validators earn only 0.002792 ETH per day, and this figure decreases with the connection of new validators.