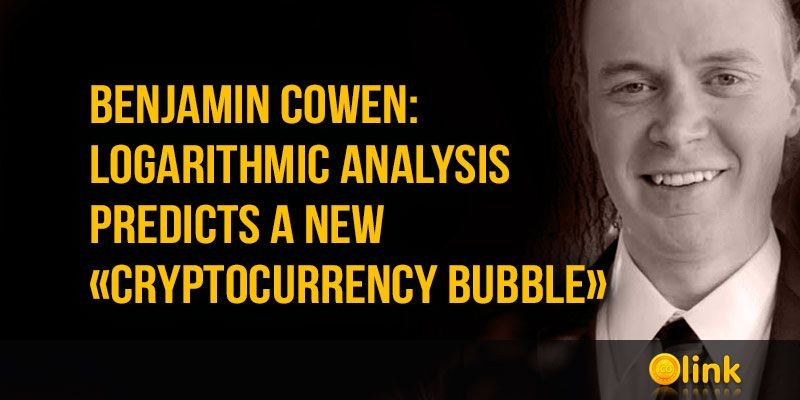 According to logarithmic analysis by analyst Benjamin Cowen, by 2023, the capitalization of the cryptocurrency market could exceed $ 11 trillion.

Cowen collected weekly data on the price movements of Bitcoin and other cryptocurrencies, and tried to identify a trend based on price correlations. He said that in the future, another "cryptocurrency bubble" awaits the industry, and the growth of the total market capitalization can reach up to 150 times.

In this case, the total capitalization of the cryptocurrency market will reach $ 32 trillion, but the analyst emphasized that this is only an "extreme scenario". In a more realistic version of the development of the industry, the capitalization of Bitcoin and altcoins will be $ 11 trillion. Of course, we are talking about the entire market - individual assets can show both a thousand-fold increase and a drop.

Cowen suggests that under a rational market development scenario, by 2023, the capitalization of the first cryptocurrency will reach $ 2.7 trillion. This corresponds to the exchange rate of $ 141,000 per coin. In this case, the dominance of Bitcoin will be only 23%. The "altcoin bubble" is also possible, when their rates will grow faster than the rate of the first cryptocurrency, and the dominance of Bitcoin will update the lows.

However, the analyst believes that before the start of the growth of altcoins it is still quite far away, and now it is necessary to pay attention to Bitcoin. He stressed that this is not advice for investment, but only an assumption about the possible development of the market. At the same time, the other day, cryptocurrency analyst Tony Vays said that by 2023, Bitcoin could grow to $ 50,000.