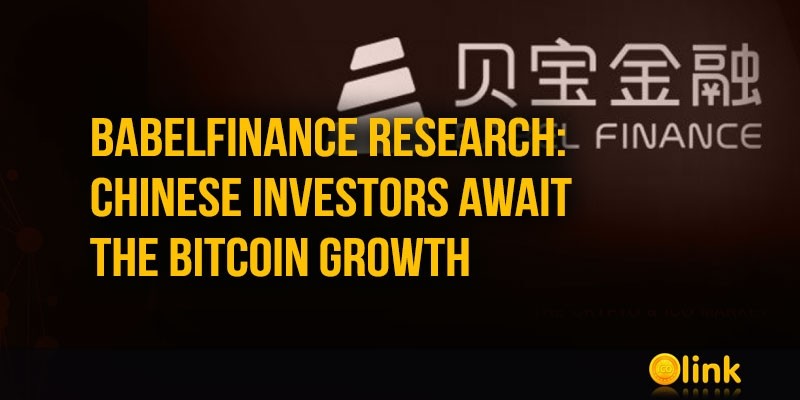 A survey conducted by the Chinese cryptocurrency company BabelFinance showed that local investors are waiting for the growth of Bitcoin, and according to 30% of respondents, the Bitcoin exchange rate for the year will exceed $ 30,000.

The study showed that the average Chinese cryptocurrency investor is a young, well-educated man with above-average income. More than 76.3% of male respondents have a college degree or higher.

The main reason for investing in cryptocurrencies (84.3% of respondents) is called confidence in the growth of Bitcoin in the future and long-term investments in the first cryptocurrency. 25.3% were attracted by high income in the short term. The same percentage considers Bitcoin to be a "safe haven", and 19.3% of respondents said they keep cryptocurrency for the collection.

There was a question about how much of the portfolio investors hold in cryptocurrencies. It turns out that 31.3% of respondents hold in Bitcoin and other coins more than half of their savings. 12% of respondents store from 41% to 50% of the portfolio in Bitcoin, and 10.8% - from 31 to 40, respectively. Real estate also plays a large role in the investment portfolios of young Chinese.

Recent studies have shown that Europeans are somewhat chilled to Bitcoin. However, in Colombia, the mood is different - 80% of the citizens of this country would be happy to invest in cryptocurrencies. In addition, Turkey became the world leader in the adoption of cryptocurrencies, according to the report of the German company Statista.

Tags:
blockchain Cryptocurrency news Bitcoin China
Telegram plans to begin a public test of its block...
ICORating will pay SEC a penalty for failure to di...