Analysts predict the recovery of the cryptocurrency market 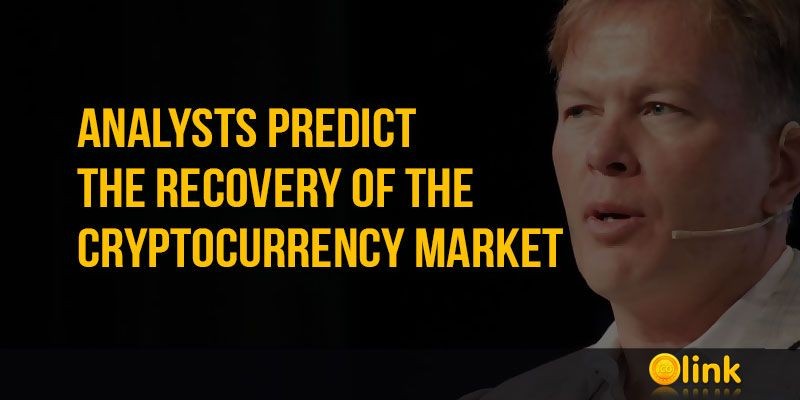 The founder and head of investment company Pantera Capital, Dan Morehead, made a very optimistic statement about the Bitcoin and the cryptocurrency market in general. Speaking in the Fast Money program on CNBC, Morehead said that the events taking place on the market should not be considered catastrophic. According to historical data, the drop in the rate of Bitcoin does not contradict an absolutely normal scenario, and in addition, the financier expects a change in the market trend in the near future.

"We understand that this is a speculative market. It can differ in volatility both at peaks and at minimums. The loss of 64% of the price relative to the peak is consistent with the average decline during the last seven bear cycles. It cannot be said that past events determine what will happen in the future, however, when predicting the correction, these data do not fail. The duration of correction is another indicator that should be paid attention. The bearish trend remains on the market 71 days on average. Now it is the 52nd day. It remains to wait a couple of weeks and the market will be normalized, and Bitcoin will start moving upwards. "

Morehead also does not exclude that growth in the cryptocurrency market may resume at the end of the current month, which can be facilitated by large investors who did not previously have the opportunity to join this segment:

"Institutional investors show great interest in cryptocurrencies. Before us is a "no-farm" asset with a capitalization of half a trillion dollars. This is a very unusual situation, given that the correlation with the rest of the financial assets is only 0.1%. Such investors have not yet managed to fill their portfolios with Bitcoins. "

In addition, the head of Pantera Capital shared his thoughts on regulation. The work of the US government in this direction deserves high praise, which can provide the market with additional stimulation for growth:

"I believe that the United States is doing an excellent job. Regulation is a good thing. According to the US tax service, Bitcoin is property to which the principles of taxation of long-term capital gains apply. Merits of the commission on trade in commodity futures in this direction are also great. Now there are Bitcoin futures on the exchanges, "says Morehead.

The most attractive market offers, according to Morehead, are ICO:

"In my opinion, the most interesting asset is the token on the new protocols, implemented within the ICO, primarily because of their small capitalization."

J.P. Morgan is also full of optimism. On February 8, the company published an internal report, in which it called the cryptocurrency "an innovative whirlpool" around the technology of the blockchain. The company's specialists are confident that they are unlikely to disappear in the near future.

According to this document, the optimistic mood of the financial world's giant relative to the cryptocurrency is unquestionable:

"Cryptocurrency is an innovative whirlpool around blockchain technology, characterized both by a high degree of volatility, and by constant testing of new digital products."

This view of the cryptocurrency is somewhat different from the public statements that J.P. Morgan has broadcast the last six months.

Everyone remembers how in September 2017, the CEO of the company, James Dimon called Bitcoin "fraud", which, according to analysts, triggered another fluctuation in prices in the market.

After that, Dimon stated that "he is no longer going to talk about Bitcoin," but in January he publicly admitted that his original characterization was erroneous.