Adam Back: Bitcoin exchange rate could reach $ 100,000 this year 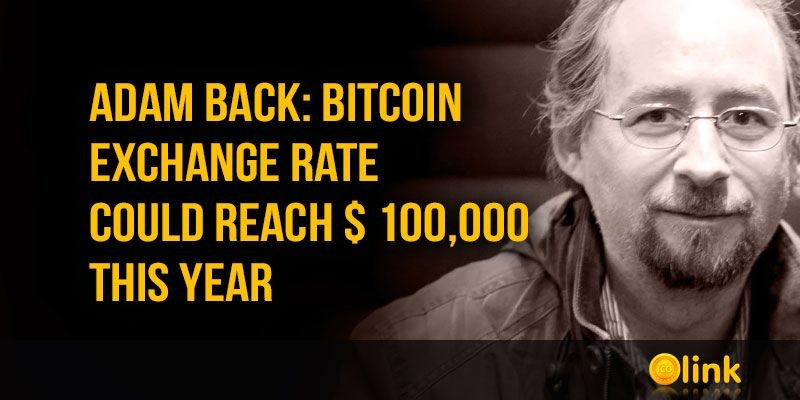 According to Blockstream CEO Adam Back, the Bitcoin exchange rate this year can easily reach $ 100,000.

Back stressed that the price of Bitcoin has repeatedly crossed the $ 10,000 mark, and just a few years ago it seemed impossible that the first cryptocurrency would reach $ 1,000. In addition, dollar inflation contributes to the growth of the Bitcoin exchange rate.

"It's closer than it sounds as along the path of hyperbitcoinization, the USD inflation rises, eg aided by Modern Monetary Theory rationale for high inflation, so $1 becomes worth say 10c over a decade or two of monetary craziness, then $10mil/BTC is $1mil/BTC in today's money,"

Popular cryptocurrency trader and "Dave The Wave" analyst believes that Bitcoin is ready for a new round of the "bull" market, within which it will reach new heights. Perhaps this will not happen this year, but at the beginning of the next, however, according to the analyst, Bitcoin clearly aimed at growth.

"Some consolidation and coiling of price within the symmetrical triangle [1] in the first half of the year followed by a breakout and resistance met in the ascending triangle [2] for the second half of the year. New sustainable ATHs early 2021," Dave wrote on the social network Twitter.

Akijar
This comment was minimized by the moderator on the site

The eo.finance wallet has a very convenient and interesting interface, and it’s also convenient that you can use it in a mobile application

Akijar
There are no comments posted here yet