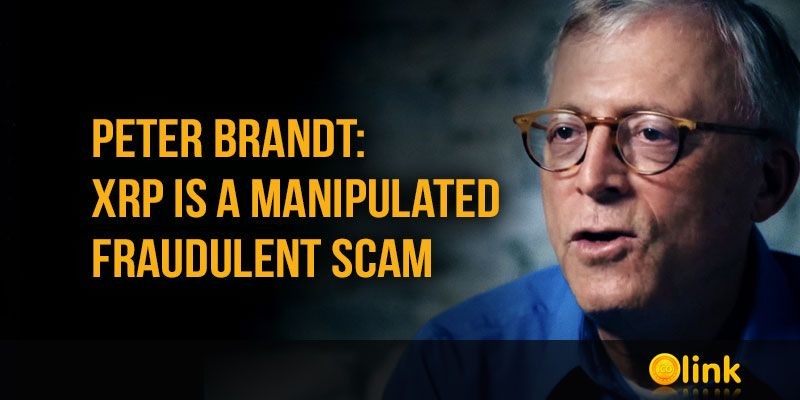 Peter Brandt, an analyst and experienced trader, said that Ripple's XRP cryptocurrency is a fraudulent scam, with the price of coins being constantly manipulated.

On the social network Twitter, Brandt wrote that over time, the fourth cryptocurrency capitalization rate will drop to almost zero, and in general it is a fraudulent scam. He stated that XRP fans only need to wait a bit.

Patience please. It will come. $xrp is manipulated scam

Note that the XRP rate has been declining since October 2019, and earlier Peter Brandt said that the price of cryptocurrency is supported only by its large holders. In February, the XRP exchange rate briefly increased to $ 0.35, but then continued to decline again and at the moment, cryptocurrency is trading at $ 0.20.

Peter Brandt is far from the only representative of the cryptocurrency industry who expresses doubts about XRP. For example, renowned analyst Tone Vays called XRP "fraudulent cryptocurrency," which Ripple Labs "created from nothing."

In early May, Peter Brandt said that after halving the award to bitcoin miners, it is highly likely that the rate of the first cryptocurrency will decline.