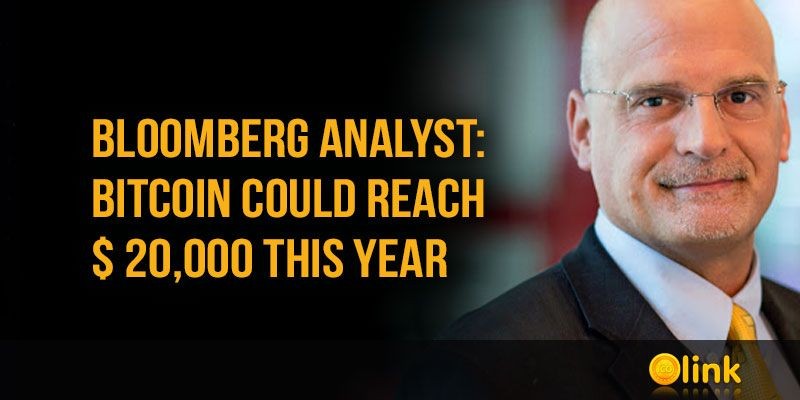 Bloomberg analyst Mike McGlone believes that Bitcoin has every chance of reaching $ 20,000 this year and updating its all-time high.

In his article, McGlone writes that technical and fundamental factors increasingly indicate a positive development for Bitcoin. So, Bitcoin is becoming an increasingly popular investment tool, the number of open positions in futures continues to grow. The attitude towards cryptocurrencies among institutional investors is changing.

According to an analyst at Bloomberg, "something must go very wrong for Bitcoin to start to get cheaper." McGlone said the first cryptocurrency exchange rate could even touch the $ 28,000 mark.

"Bitcoin ended 2019 at about $7,000, near the bottom of its range, favoring a shift toward the peak. Last year, the high was about $14,000, which would translate into almost double in 2020 if rotating within the recent band,"

"Recently reaching about 50,000 bitcoins, futures open interest isn't a large portion of total supply, but futures are significant as a primary gateway for the benchmark crypto to become a mainstream asset class,"

McGlone believes that the stablecoin Tether in the future will surpass ETH in terms of capitalization and take second place in the ranking. USDT has become very common, and its use is constantly increasing, as it has become an intermediary for the global reserve currency.

On June 3, BTCC co-founder Bobby Lee expressed confidence that by the end of next year, Bitcoin would cost more than $ 39,900.