Mati Greenspan: “ETF is not required for Bitcoin growth” 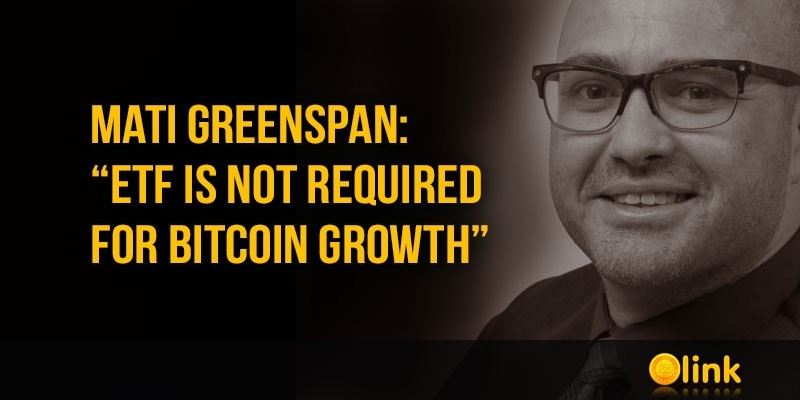 Mati Greenspan, a senior analyst at eToro, expressed the opinion that for Bitcoin growth, it is not necessary that the Bitcoin ETF is approved by the US Securities and Exchange Commission (SEC).

"The idea of the SEC approving a Bitcoin ETF is basically saying that the government is going to approve something that the banks made. I don't think Bitcoin cares very much about that," Greenspan said.

According to the analyst, the approval of the Bitcoin ETF will only be an addition to what the first cryptocurrency has already achieved, but will not be the determining factor for the growth of Bitcoin. In addition, Greenspan doubts that the SEC will still decide something with several applied applications for the launch of funds. He noted that the Bitwise application is the best among them. It must solve the main problems that prevent ETF approval - market manipulation and fictitious trading volumes.

Note that the SEC has repeatedly postponed decisions on ETF for Bitcoin, citing various reasons for this. The following consideration of the application should take place on May 19 of this year. The emergence of the Bitcoin ETF expected to allow institutional investors to gain access to a cryptocurrency market. Many believe that this will give a new impetus to the growth of the entire industry, since big money will pour into it.

Previously, Pillar project founder David Siegel said that it was the SEC that was to blame for the prolonged fall in the cryptocurrency market.