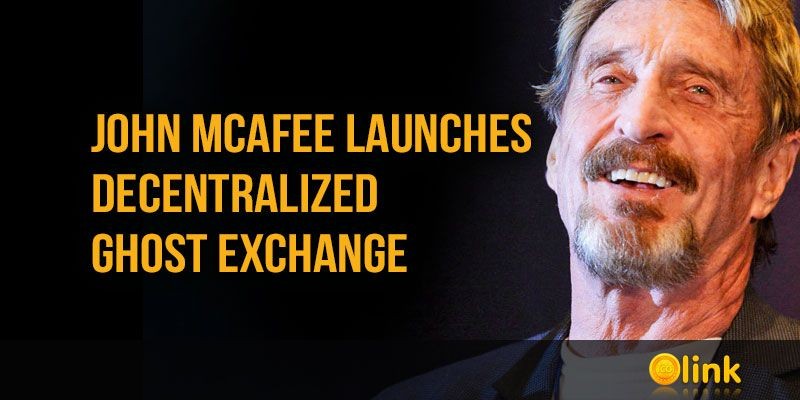 Outrageous businessman John McAfee announced the launch of the decentralized exchange Ghost, which is associated with the eponymous anonymous cryptocurrency and will replace the McAfeeDEX platform.

The main network of the anonymous cryptocurrency Ghost should be launched today - until that moment, Ghost tokens were placed on the Ethereum blockchain. The coin will be based on the Proof-of-Stake (PoS) consensus method, and the decentralized exchange Ghost of the same name will become the main platform for trading this cryptocurrency. The site also supports BTC, ETH, DAI, USDT and ESH.

Earlier, McAfee talked about developing a secure TeleGhost messenger that will combine the Telegram messenger and the Ghost blockchain into a single unit and allow users to encrypt messages and exchange Ghost cryptocurrency. In addition, thanks to the integration of Telegram, users will not need to switch to a completely new platform - they will have message archives and contacts from Telegram. The application will be released on iOS, Android, macOS, Linux and Windows.

The announcement of the anonymous cryptocurrency Ghost took place in mid-April of this year. Then McAfee said that due to the anonymity of the cryptocurrency and the use of a decentralized exchange, users will be able to fully control their finances. Interestingly, according to McAfee himself, during the creation of the White Book of the Ghost coin, he used parts of the White Book of the PIVX project.