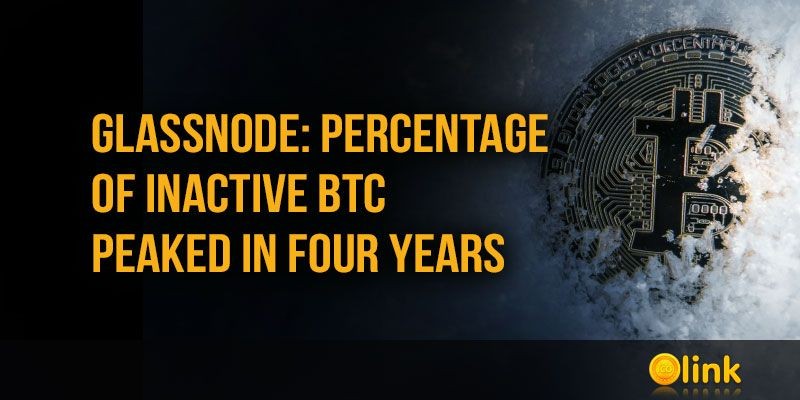 One method of analyzing inactive Bitcoins was to group coins by the length of the period when the BTC did not move. Called HODL Waves, this data analysis was first proposed by Unchained Capital in 2018 to demonstrate macroscopic changes in the ownership and use of BTC. It can also give an idea of investor sentiment.

Each wave - one day, one month, six months, two years, five years, etc. - represents the period of time during which a certain percentage of coins in circulation were not used in transactions or, in other words, were inactive.

The term HODL reflects the behavior of investors who choose to hold BTC without the intention to use or sell these coins. Thus, each wave visualizes what percentage of BTC in circulation participated in the HODL strategy and for how long. 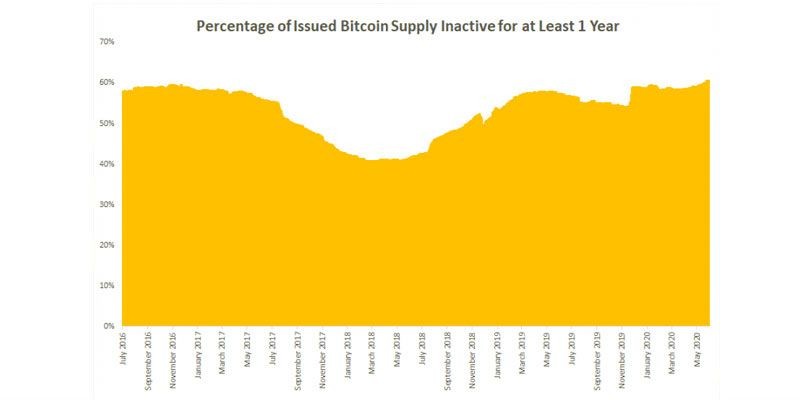 Percentage of BTC in circulation, inactive for one year or more. Source: Glassnode, CoinDesk Research.

Dhruv Bansal, co-founder of Unchained Capital, explained that the HODL Wave data indicates that investors who "bought Bitcoin for between $ 6,000 and $ 3,000 in 2018 still hold it, despite a huge increase since then. recent economic fluctuations. "

It is curious that the two periods of BTC storage in which the percentage of inactive Bitcoins is highest is 10 years and 2-3 years. The number of inactive BTC in these segments has grown to 31% and 26% since the beginning of the year, respectively. In 2020, during the storage period of 2-3 years, coins were purchased that were purchased at record high prices in 2017. 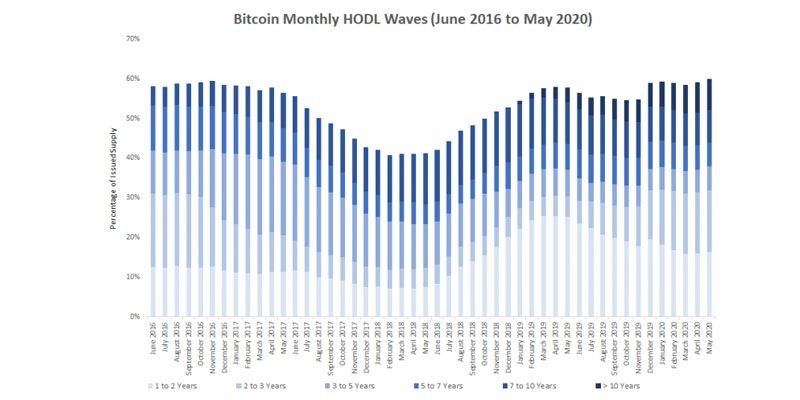 HODL Waves of Bitcoin from one year or more (from June 2016 to May 2020) with a breakdown by period. Source: Glassnode, CoinDesk Research.

However, not every BTC investor can intentionally adhere to a HODL strategy. ARK Investment Management cryptocurrency analyst Yassine Elmandjra said that the growth of inactive BTC for two to three years, among other things, may be due to the fact that cryptocurrency owners "bought BTC at the peak and lost their Trezor wallet or forgot their username and Coinbase Password."

Despite the extreme volatility of Bitcoin in the first quarter of 2020 and continued macroeconomic uncertainty, the growing number of inactive BTCs confirms that cryptocurrency owners still believe in their investments. According to Bansal, "if you think the BTC price history is repeating, then market consolidation in the hands of confident investors in the future may be a sign of a bullish trend."