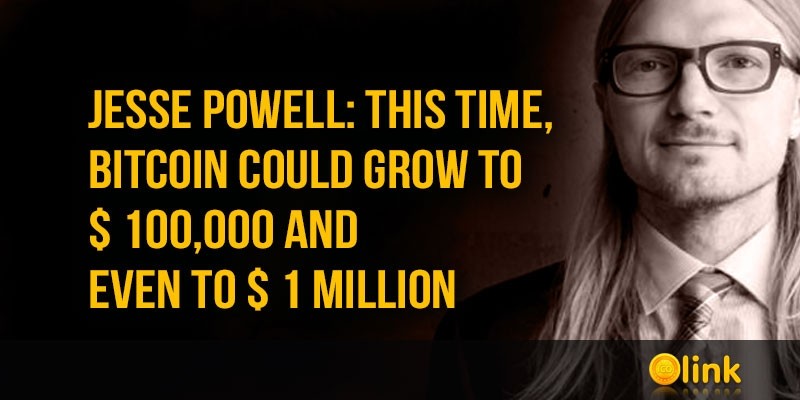 Jesse Powell, general director of the Kraken cryptocurrency exchange, is extremely optimistic about the further increase in the price of Bitcoin.

"When I hear people talking about a Bitcoin "correction" I'm thinking $100k, maybe $1m. That's what's correct," he writes on his Twitter account.

According to CoinMarketCap, the daily trading volumes of the Kraken cryptocurrency exchange have increased by 120% over the past 24 hours. Now the exchange occupies the 29th line in the list of the largest cryptocurrency trading floors.

Analyst Alex Krüger also did not stand aside and put forward his version of the reasons for the current rally of the first cryptocurrency. In addition, although his argument is quite logical and understandable, he is too obvious: "There were more buyers than sellers." But in this case, the sellers were more in quantitative terms, but the buyers were larger and more aggressive.

"The cause is simple: aggressive buyers crossed the bid-ask spread and overpowered both passive and aggressive sellers. Based on price action, there were aggressive buyers with deep pockets in action last night. There was no specific trigger known to anyone outside of them,"

He also noted the fact that the growth occurred against the background of the formation of a positive news background - the preparation of cryptocurrency products by a number of large companies, including Fidelity / Bakkt / Ameritrade / E-Trade / LedgerX, whose early launch attracts buyers to act immediately. Also positively influenced by the announcement of the Facebook cryptocurrency project and various macroeconomic factors.

By the way, about macroeconomic factors. Analysts of the state Chinese news agency Xinhua on Tuesday released a material in which they write that Bitcoin acquires the status of a safe asset. It attracts investors against the backdrop of trade wars between the superpowers and forecasts regarding the decline of the global economy.