Deutsche Bank: aggressive policies of central banks led to the growth of Bitcoin 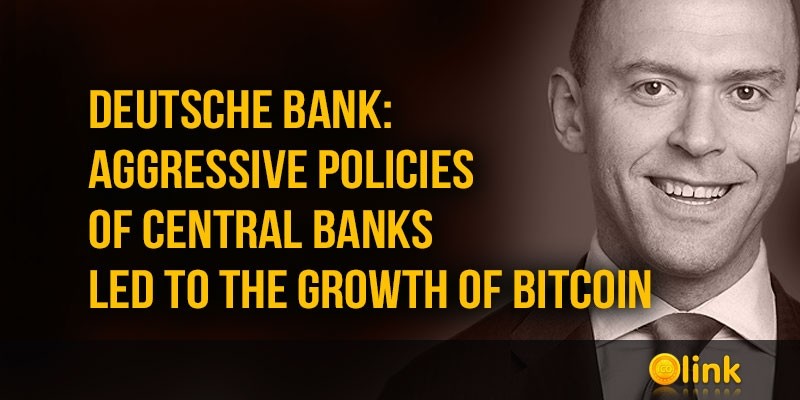 Jim Reid, a top manager at Deutsche Bank, the largest bank in Germany, said that the US Central Bank reduced the refinancing rate one of the reasons for the rise in Bitcoin.

"If central banks are gonna be this aggressive, then alternative currencies do start to become a bit more attractive," said Deutsche Bank's global fundamental credit strategy head in an interview with CNBC.

This statement was made as a commentary to the recent words of US Federal Reserve President Jerome Powell that the US Central Bank may lower the refinancing rate due to global economic instability. The result of such a statement Powell was the fall of the US dollar against other currencies.

Reid again repeated his claim that the current policies of central banks in various countries, the constant issue of money, could lead to the collapse of the entire traditional financial system.

In addition, according to Reid, the recent jump in the rate of Bitcoin caused, among other things, by the announcement of the cryptocurrency project Libra of the Facebook.

It should be noted that the president of the European Central Bank, Mario Draghi recently announced a possible reduction in the refinancing rate.

"And after halving the miners reward for Bitcoin mining, you will have a hurricane! Lower bids, print money, make Bitcoin more attractive! "

- wrote after this famous Bitcoin-enthusiast Anthony Pompliano on Twitter.

Earlier, the president of the central bank of Germany said that cryptocurrencies issued by central banks could destabilize financial systems and worsen the work of banks.