Bill Miller: "The higher the price of Bitcoin, the lower the risk" 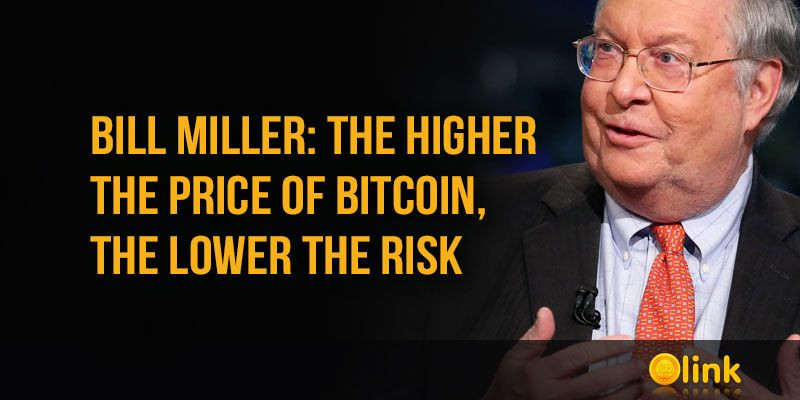 Major American investor and fund manager Bill Miller spoke again about Bitcoin and said that as the price of BTC rises, the associated risks will decrease.

In an interview on CNBC, Bill Miller commented on the rise of Bitcoin and expressed his attitude towards the first cryptocurrency:

"One of the things that's interesting about Bitcoin is that it gets less risky the higher it goes," Miller told CNBC Friday. "That's the opposite of what happens with most stocks."

Miller went on to describe Bitcoin as a "supply and demand story" with around 900 BTC being generated every day and a multitude of retail and institutional investors buying up huge amounts of available coins.

Miller said, referring to the March collapse of traditional and cryptocurrency markets.

Against the backdrop of over 300% growth in Bitcoin last year, supplemented by a 40% gain in 2021, Miller said the price of that profit is the asset's volatility.

"You have to expect that it's going to be very, very volatile," Miller told CNBC. "If you can't take the volatility, you probably shouldn't own it. But its volatility is the price you pay for its performance,"

Miller said in November that the value of Bitcoin is unlikely to drop to zero, and large investment banks will invest in cryptocurrency. As a reminder, back in 2017, Miller successfully invested a third of his hedge fund's money in Bitcoin.