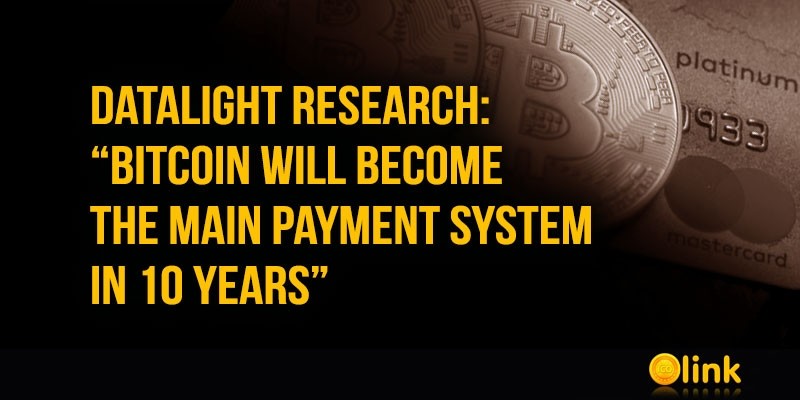 Bitcoin will be ahead of other payment systems, such as Visa and MasterCard, within ten years, if the growth of the network continues at the same pace.

DataLight made such a forecast in a research comparing Bitcoin with traditional payment systems, which also included PayPal, noting the rapid development of cryptocurrency since its inception in 2009.

"In just 10 years, Bitcoin has managed to compete with the leaders of the payment system industry. Bitcoin's development is occurring exponentially," the company concluded. "If it maintains this pace, in another 10 years, it will surpass all competition." 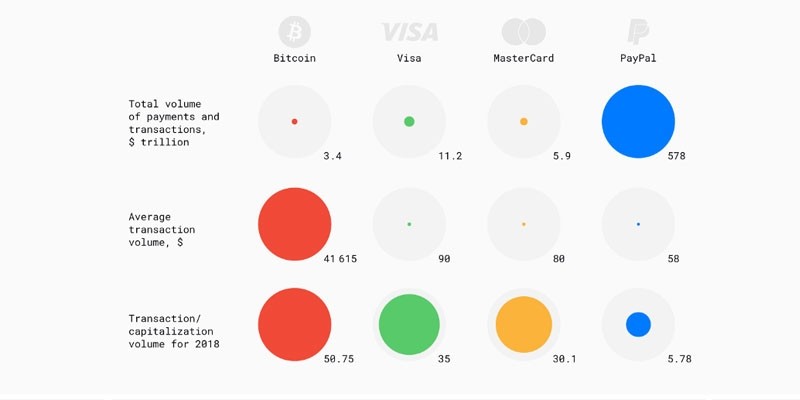 DataLight researchers also note that, despite the current technical obstacles, Bitcoin will become the main payment network in the world.

Right now Bitcoin's payment system is much superior to the conventional international payments and wire transfers," it continued.

"Technical improvement of Bitcoin's network is almost certain to make it the world's main payment system."

Despite the fact that in some areas, such as bandwidth, Bitcoin lags behind traditional players in the industry, the network wins in other directions, for example, in terms of average transaction size. In 2018, it was $ 41,615, compared with $ 90 for Visa, $ 80 for MasterCard and $ 58 for PayPal. This indicates the convenience of using Bitcoin as a method for transferring large amounts.

Researchers at DataLight noted the benefits of Bitcoin decentralization, which boasts over 10,000 "data centers" that support its network, compared to 119, 98, and 51 for Visa, MasterCard, and PayPal, respectively. The number of Bitcoin addresses currently stands at 25 million, which is significantly less than the number of credit and debit cards in circulation, but the average capitalization of each "account" is also ahead of the existing payment networks.

In February of this year, the analytical company DataLight published another study related to the cryptocurrency industry. At that time, the company declared that on the main cryptocurrency exchanges, traders from the USA are the most active.