Board member of the ECB: “Stablecoins have more potential than Bitcoin” 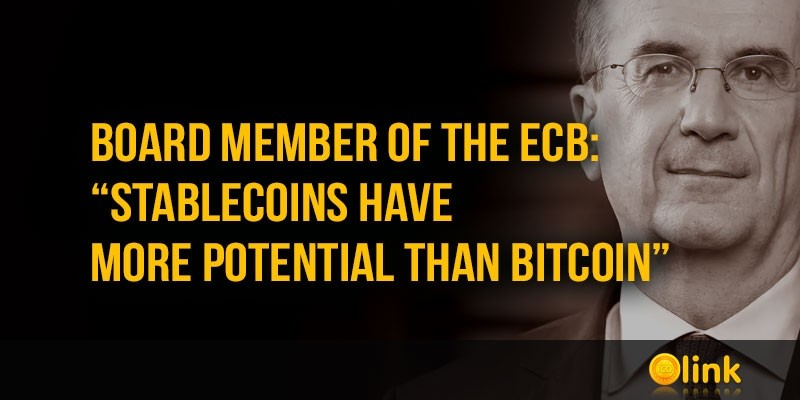 The Governor of the French Central Bank and member of the Governing Council of the European Central Bank Francois Villeroy de Galhau said that the stablecoins have more potential than Bitcoin.

According to Bloomberg, Francois Villeroy de Galhau, in addition, believes that cryptocurrencies tied to fiat money, will benefit the global financial apparatus.

"The Bank of France is "observing with great interest initiatives in the private sector which aim at developing networks within which 'stable coins' would be used in transactions involving 'tokenized' securities or goods and services." These are quite different from speculative assets like bitcoins, and more promising,"

Skepticism of central banks and the ECB in particular in relation to cryptocurrency is no surprise to anyone. Earlier this month, the ECB President called cryptocurrencies a "dubious investment" and stressed that cryptocurrencies are not significant enough to affect the economy at the macro level. A similar point of view was previously expressed by his colleague Yves Mersch, stating that the cryptocurrency market is not large enough to threaten financial stability.

At the end of last year, another member of the Board of Governors of the ECB and the head of the Bank of Estonia, Ardo Hansson, stated, "The cryptocurrency bubble is ready to burst." A little earlier, another ECB board member Benoît Cœuré said that the blockchain has prospects, while Bitcoin is "a vicious fiend of a financial crisis."