Vitalik Buterin commented on the mass delisting of Bitcoin SV 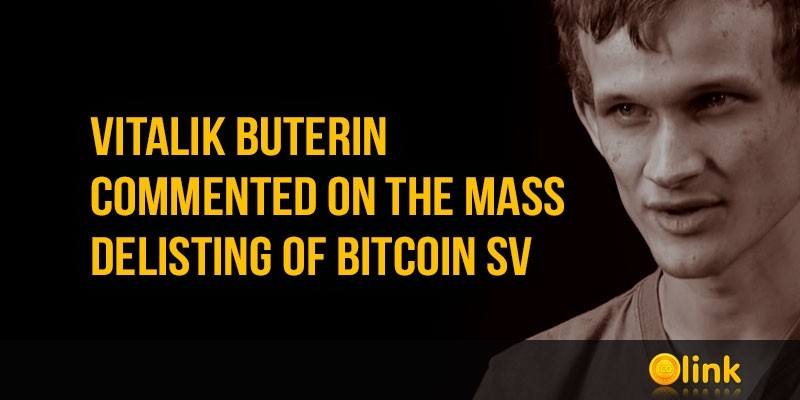 "If fraud from the chief promoters is sufficient reason for a delisting from Binance... almost everything should be delisted"

Maybe I should write a blog post soon on free speech ethics... it's a topic that seems to confuse pretty much everyone.

Buterin supported this view and said that he was going to write a detailed blog article on this topic.

Vitalik Buterin believes that, in general, Bitcoin SV delisting is justified and should be consistently supported by #DelistBSV, but it is necessary to take measures to exclude projects that operate in a similar way.

Buterin also added that he will probably devote a separate message to this topic on his blog, where he will give a more detailed account of his vision of the problem.

Recall that the removal of Bitcoin SV cryptocurrency from the Binance Exchange was largely provoked by the indecent behavior of its founder Craig Wright, who claims that he is a true Satoshi Nakamoto. Following Binance, other well-known sites also thought about delisting. ShapeShift has already done this, and Kraken polls users for "toxicity" of this project.

Not all exchanges supported this movement. OKex refused to exclude BSV from its platform.

Bitcoin SV was the first project that was expelled from several exchanges as a result of community pressure. These events can be a catalyst for changes in delisting processes. On the other hand, some members of the community do not share enthusiasm, stating that the process has become too centralized.