Cardano, Tezos, Cosmos and Fantom are the most technological cryptocurrencies named by Weiss Ratings 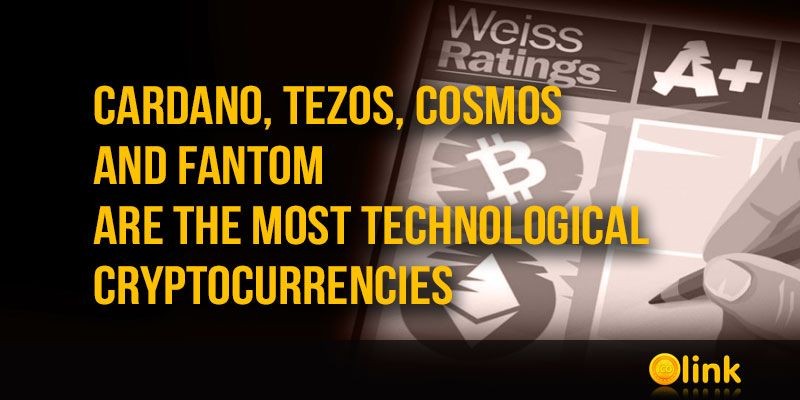 Weiss Crypto Ratings Agency in the new rating of cryptocurrency projects has put the highest rating on the technology of four blockchains: Cardano, Tezos, Cosmos and Fantom. Interestingly, of the four named coins, three have risen in price by more than 10% over the past day. And only the Fantom coin added only 5%. The growth of alternative cryptocurrencies was also helped by the growth of bitcoin, which added more than 6% yesterday.

Recall that when compiling the rating, Weiss Crypto Ratings analysts create five levels of mathematical model that take data on the project's technology, acceptance, risk and development. After that, the data is processed by its own SOFTWARE, which determines the importance of each component and the prospect of further success or failure of the company. Weiss Crypto Ratings emphasizes that it does not receive money from projects included in the rating, so it is quite objective.

At the moment, only two projects have an overall B+ rating — Bitcoin and Ethereum.