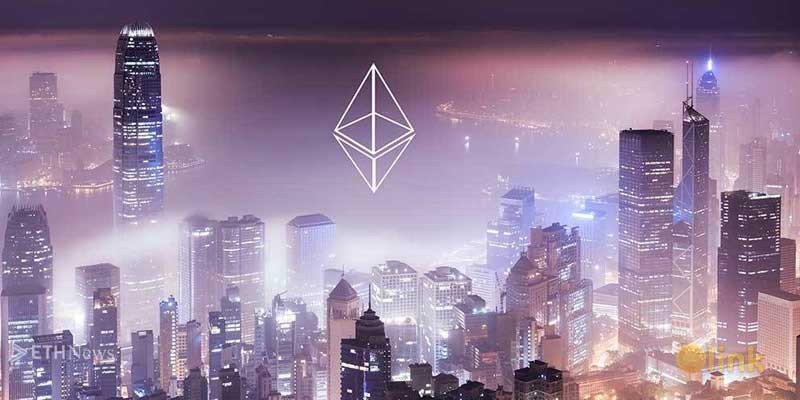 The Ethereum Foundation confirms that the planned hardfork will be activated on the block 4 370 000, which will be produced, roughly, on Monday October 16, between 12:00 and 13:00 UTC (16:00 to 17:00 Moscow time). The same hardfork was activated in the test network Ropsten on September 19 on the block 1,700,000. The countdown timer can be viewed here. To date, in the Etherium, there have already been four hardfork, and only one of them led to the creation of an alternative blocker Ethereum Classic. Given that Byzantium is included in the development plan of the Etherium since 2015, it is unlikely that there will be problems with the update. Byzantium can be considered as a conservative update, which will include 9 proposals for changes (EIP - analog BIP) in the platform. The essence of the change is that they need to make the platform easier and faster, improving the speed of transactions, the security of smart contracts and, possibly, confidentiality.

This applies to all sites and mobile applications that allow you to store broadcasts and conduct transactions while using your own client infrastructure. The provider of such services must independently carry out all necessary updates and provide users with all information about the necessary actions.

One of the key points in a successful network update is the timely update of the nodes. In the coming days, it is necessary that all the clients of the Etherium are ready to make changes. The difficulty lies in the fact that although clients work under the same rules, they are all written in different languages ​​and are supported by different developers.
Over the next week, all the major customers of the Etherium will have to release a release that includes support for Byzantium. If they do not do it on time, then the block will branch out once again, creating other versions of the platform, unplanned by the network developers. The good news is that most of the customers are ready to be updated.
Go ethereum (also known as Geth) is the most popular client of the Etherium, which controls about 69% of all network nodes. Last week, he released a release with Byzantium, but at the time of publication of the article, only about half of the nodes were updated.
The second most popular client, Parity, released an update for Byzantium on October 10, which was withdrawn after a consensus error was detected during the testing process. The updated update is scheduled for release on October 12. Parity nodes constitute 35% of all nodes of the Etherium and so far none of them has been updated.
Other clients have a much smaller number of nodes, but some of them also released releases on the eve of the upgrade, including a client for the Python Etherium from Vitalik Buterin, and EthereumJ and EthereumJS. The developers of the Cpp-ethereum client note that their release is not yet ready.

Those who are familiar with the development plan of the Etherium? in the course, that for a long time it is planned to replace the consensus-proof-of-work mechanism with the alternative proof-of-stake. Despite the fact that this replacement will not occur in the framework of Byzantium, it contains updates that will help make the transition smoother.
From the point of view of mining, one of the most important characteristics of Byzantium is that the complexity will be greatly reduced by completely cutting off the notorious "complexity bomb". This means that the speed of the appearance of blocks in the network will increase, but the miners will receive a smaller reward for their work. Since the update will allow you to create blocks faster, the reward for the miners will drop to 3 ETH. Ministers will also need to update their clients so that the changes take effect.
Most of the miners are supported by Byzantium, but not without discussions. Some were dissatisfied with the planned changes and said that they would continue to harvest blocks in the Etherium without updating. However, their actions can affect the network only in the event that there are many such miners.

If everything goes as planned, then the stock exchange does not affect hardfork. However, considering the past, not always a positive experience of updating the Etherium, anything is possible. There are a couple of projects that are worth mentioning and which, theoretically, can affect the creation of new versions of the Etherium. For example, Etherite, which wants to create a version of the network with Byzantium, but which will not reduce the reward for the miners.
If this project gets support, then it can put pressure on the stock exchanges, which for the most part demonstrated their willingness to support assets operating on so-called "minority blockers" in order to offer new alternatives to speculators.

Applications on the Etherium are also unlikely to encounter any difficulties. The Mist Browser will automatically update to Byzantium on reboot. The same will happen with other decentralized applications on the Etherium.
After the introduction of Byzantium, the way to detect insolvent transactions will change, even for already deployed contracts. The new method is described here.

The Etherforum's hard drive is a change in the underlying network protocol that modifies the system. The protocol changes are activated at a predetermined block number. All clients of the Etherium must support the fork code, otherwise they will remain on an incompatible chain with the old rules.
What will happen to those who do not participate in the

Clients of older versions after the fork will continue to synchronize with the old chain. They will not be able to send aired and work in the current network of the Etherium.

What is Metropolis, Byzantium and Constantinople

Metropolis - the next stage of the development of the Etherium. It includes two harts: Byzantium and Constantinople. Byzantium is activated on the block 4 370 000. The exact date of activation of Constantinople is not yet available, tentatively this will happen in 2018.