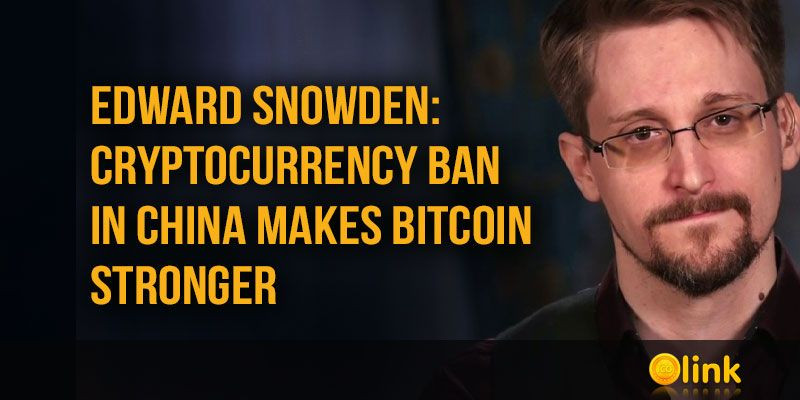 Former US National Security Agency employee Edward Snowden believes that the prohibitive measures of the Chinese authorities against cryptocurrencies will not interfere with the growth of Bitcoin. The Chinese government has tightened measures against the cryptocurrency industry.

At the request of regulators, many trading platforms have closed accounts for users from China, among them the KuCoin exchange. Chinese mining pools are also forced to cease operations in the country, and manufacturers of mining equipment intend to abandon the supply of devices to China.

Despite the current situation, former NSA employee Edward Snowden tweeted that the ban on mining and cryptocurrencies in China only makes Bitcoin stronger and strengthens public confidence in it. Snowden noted that the number of people who have invested in Bitcoin has increased tenfold since March 2020.

Investors are increasingly interested in Bitcoin despite coordinated government action warning users of the risks of investing in cryptocurrencies. Indeed, there is growth in the cryptocurrency market right now.

On October 3, the Bitcoin rate exceeded the $ 49,000 mark, and the Ethereum "grew" to $ 3480 dollars. Bloomberg Senior ETF Analyst Eric Balchunas also shared his thoughts on Bitcoin on Twitter. He wrote that as early as this month, the US Securities and Exchange Commission (SEC) may approve the launch of Bitcoin exchange traded funds investing in futures contracts. According to Balchunas, the likelihood of approval by the American regulator of the "futures" ETF on Bitcoin is 75%, since it will comply with the Investment Company Act of 1940.

Also recently, SEC Chairman Gary Gensler supported the launch of these investment products. Snowden previously criticized Bitcoin for the transparency of this network and expressed sympathy for the ZCash cryptocurrency because of its privacy.