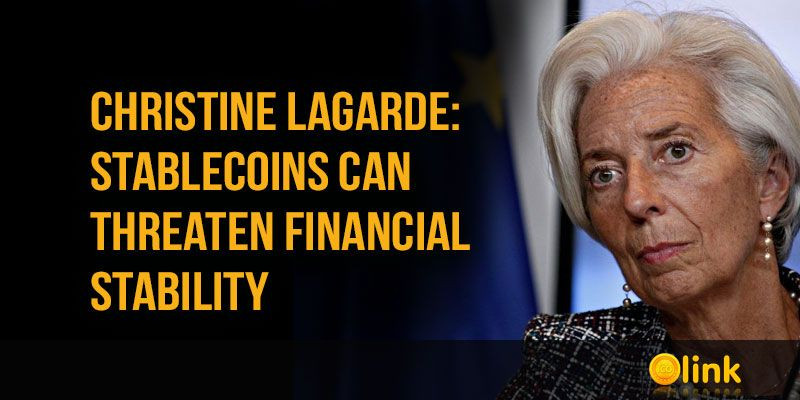 Christine Lagarde | The head of the European Central Bank (ECB)

The head of the European Central Bank (ECB) Christine Lagarde noted the advantages of state digital currencies and expressed concerns about the spread of stablecoins.

In an article posted on the ECB's website, Lagarde stressed that the digital euro could be a substitute for paper money. Such a digital currency will help preserve "monetary independence" in the region and unify the economies of various countries, as well as "become a symbol of European integration."

"A digital euro would also be an emblem of the ongoing process of European integration and ultimately help to unify Europe's digital economies,"

However, stablecoins issued by private companies are causing Lagarde's concerns. She stressed that such cryptocurrencies can bring innovation to the payments industry. They can be integrated into social networks, trading and other platforms, but at the same time carry a "serious risk" to financial stability.

"If widely adopted, they could threaten financial stability and monetary sovereignty. For instance, if the issuer cannot guarantee a fixed value or if they are perceived as being incapable of absorbing losses, a run could occur. Additionally, using stablecoins as a store of value could trigger a large shift of bank deposits to stablecoins, which may have an impact on banks' operations and the transmission of monetary policy,"

Lagarde also touched on stablecoins developed by "global tech firms", hinting at Facebook's Libra project. According to the chairman of the ECB, such cryptocurrencies also carry significant risk, as stablecoins will take advantage of the respective platforms.

In early November, Christine Lagarde announced that the digital euro could hit the market in two to four years.

Tags:
ico news Cryptocurrency ICO blockchain stablecoin
Scott Minerd: Bitcoin should be worth $400,000
Raoul Pal: I sold all the gold to invest in BTC an...