Brian Kelly: “Bitcoin is undervalued by 50%” 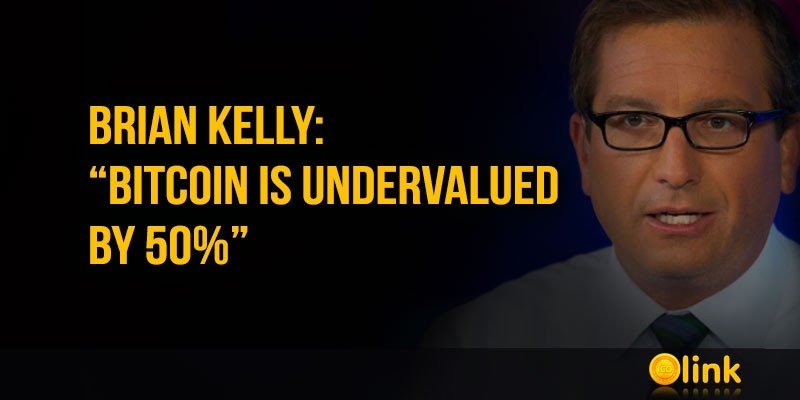 The head of BK Capital Management and the popular cryptocurrency expert Brian Kelly expressed the opinion that Bitcoin is undervalued by 50%.

According to Kelly, the year 2019 will become more successful for cryptocurrency than 2018. However, before the courses go up, the price of the first cryptocurrency may drop to the level of $ 1.5 thousand. He noted that the market has repeatedly dropped to similar values.

"I look at the price and I say that we've seen three or four of these kinds of boom-and-bust cycles in Bitcoin. If you look at the most recent two or so, we're following roughly the same path as we've had, which means we're somewhere closer to the end. We might have another dip lower – it wouldn't surprise me at all. […] It wouldn't surprise me if it went to $1,500," Kelly said.

A cryptocurrency enthusiast noted that there are several signals at the end of the "bear market". For example, several large and global players began to use Bitcoin as an alternative to their position in gold and as a hedge against fiat funds. For investors, this is very important.

Kelly also expressed the opinion that the US Securities and Exchange Commission (SEC) is unlikely to approve Bitcoin-ETF this year - too many problems need to be solved. But in 2020 it should happen.

Earlier, SEC Commissioner Hester Peirce stated that she should not "hold her breath" waiting for the quick approval of exchange-traded investment funds (ETF) tied to bitcoin, since this tool is "definitely possible", but it may not appear soon.