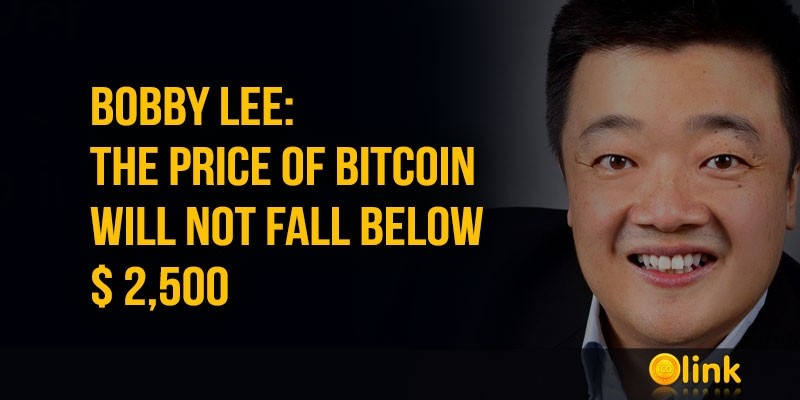 BTCC co-founder Bobby Lee predicts that the price of Bitcoin could fall to $ 2,500 in January 2019. Many traders consider this figure too optimistic.

Against the background of an ongoing survey in social networks, in which almost 5,000 people took part, Lee, who is becoming more and more famous for his bullish price forecasts, said that "a large number of purchase and support orders" will help Bitcoin to keep up $ 2000.

Despite the previous wave of prophecies, which claim that the "bearish" market will end and the price of Bitcoin will reach significant levels by the end of the year, while the state of the cryptocurrency market leaves much to be desired.

Last week, the biggest fall in cryptocurrency to new lows occurred, which was not observed since September 2017, and the current local "bottom" last Friday was $ 3,220. Now attention is focused on the Bitcoin bearish cycle, having characteristics similar to previous similar cycles . For example, from December 2013 to January 2015, when the price of cryptocurrency decreased by 87% - from $ 1,200 to $ 150.

Apparently, subscribers do not share Lee's optimism - 39% of respondents are confident that the price drop will not end in January and Bitcoin will cost less than $ 2,500 next month.

In line with its current performance, the Bitcoin price seems to be confirmed by the Saxo Bank forecast, which predicted the fall of Bitcoin a year ago to the fundamental "manufacturing cost" of a $ 1,000 coin. At the time when all cryptocurrencies hit record highs, Saxo analysts decided that the efforts of the governments of Russia and China are helping to reduce the price of Bitcoin to $ 1,000.