Pantera Capital: Bitcoin will exceed the previous record mark of $ 20,000 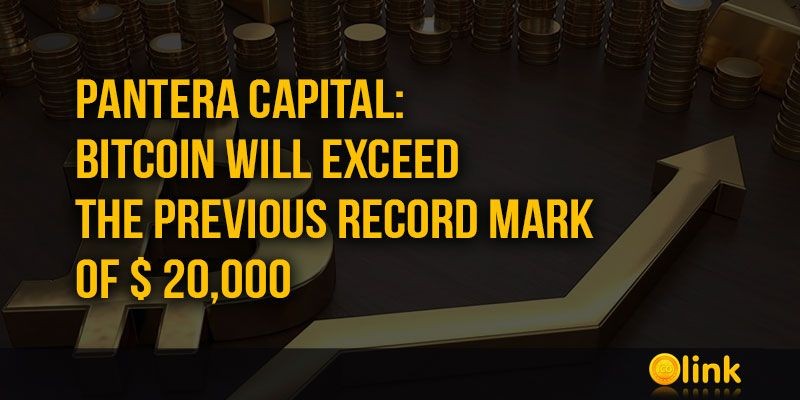 Pantera Capital Management, one of the leading investors in the cryptocurrency industry, expressed a "firm belief" that Bitcoin had found its bottom mark. The fund assumes that the price of $ 6,500 will be the lowest indicator of the current bear market, and also predicts that the markets are likely to reach new record highs within 12 months. About this Pantera Capital, an investment company operating exclusively in the industry of cryptocurrency and blockchain, said in a letter published on the website Medium. Pantera refers to a number of factors, explaining prediction.

In particular, the letter refers to recent large sales of cryptocurrencies related to the need to pay taxes. Representatives of the company claim that many traders earned good money last year at the course races, but they had to "suddenly" recall the need to pay taxes on profits until April 15 of this year. The letter states that last year the income of traders amounted to about $ 300 billion and notes that for a significant part of the withdrawal of funds from the market, it is the users who paid taxes in the first months of this year.

The company also notes that the recent "news" from the Securities and Exchange Commission (SEC) has had a minimal impact on market sentiment. "The fact that the market did not react negatively suggests that we have reached a local, if not global, price bottom," the letter said.

In addition, the statement notes that the price of $ 6,500 "is likely to become the lowest indicator for this bear market," and it is predicted that, although "it may briefly fall below this mark, in the vast majority of days in the coming year, the cost Bitcoin will be above this milestone. " Pantera also claims "high probability" that the price of Bitcoin will exceed the previous record mark of $ 20,000 during the year.

Pantera also points to the recent drop in Bitcoin below its 200-day moving average. The company notes that it can be regarded as a "bullish" signal, which indicates the rapid growth of the market.