Bitcoin again costs more than all other crypto currency 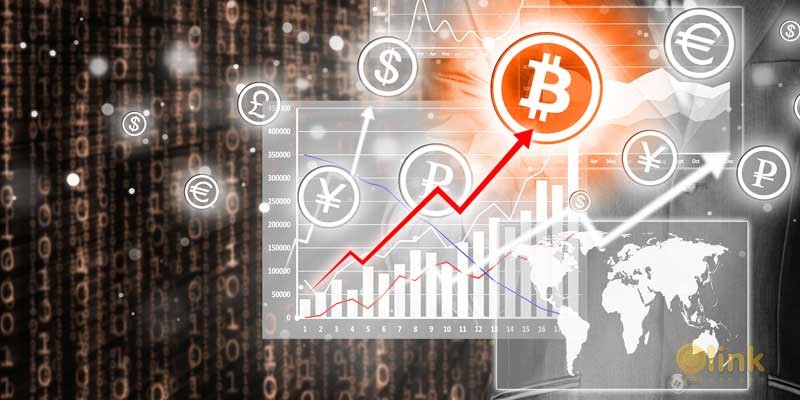 Today's growth of bitcoins above $ 5,000 again returned the world's first crypto currency to the dominance of capitalization in the crypto currency market, which in the course of 2017 was seriously shaken. In the summer months, due to the sharp increase in the popularity of ICO, the capitalization of the Ethereum and other major altokones has grown significantly, and the rate of their growth is much more than the growth of bitcoin. Therefore, in May, the Index of Bitcoin's dominance by the Coinmarketcap version fell below 50%, and in June briefly even fell below 40%.

In fact, until today, despite short bursts of price, bitcoin could not boast of a return to undivided leadership. But today you can already say that it happened again. Traditionally, with the growth of bitcoin, many investors are moving out of altcoins and transferring their assets to bitcoin. The main reason for this remains his recognition as the flagship of the crypto-currency sector. Most new investors believe that bitcoin is the best option for investment, despite the technical merits of other coins. The bulk of reports in the network and the press also rarely mentions altcoyins. For many, the concepts of "crypto-currency" and "bitcoin" are still identical.
Now it is difficult to name the reasons that led to such growth, the majority are of the opinion that this is a combination of many fundamental factors and the absence of clearly negative events. Some traders associate this growth with the future fork of Bitcoin Gold. However, it is obvious that this extremely "crude" and dubious project can not encourage the market for such a massive purchase of bitcoins.

Now the level of bitcoin capitalization has reached $ 86.6 billion or 53.5% of the total capitalization of all crypto-currencies. Until recently, this level was compared with PayPal. But today the crypto-currency leader has confidently overtaken the payment system and even broke into the TOP-100 list of the most expensive companies in the world (although the Bitcoin network and community can not be called a company or generalize the capitals of all bitcoin holders, since they are in different countries and do not have common interests) becoming more expensive than such giants of the financial world as Goldman Sachs Group (86.5 billion dollars), Deutsche Telekom (85.1 billion dollars), Lloyds Banking Group (84.4 billion dollars). A bit more at this rate, and bitcoin will take the place of one of the world's largest money transfer operators - Master Card (106.2 billion dollars).
However, let's return to the altcoyins. All altcoyins, except for the nearest "brother", Lightcoin, who also showed a very good growth, are losing in price. The ether showed a decline from $ 309 to $ 305, DASH left $ 297 at $ 292, zCash sank from $ 236 to $ 230, against their background, Monero looks a little more stable, the rate has changed only from $ 88 to $ 87 for XMR.
Despite the fact that, in general, the capitalization of other crypto-currencies is currently decreasing and bitcoin continues to hold more than half of the capitalization of the crypto-currency market, it is still worth noting that parity remains. Bitcoin currently owns 53.5% of the market, followed by air from 18.5%, followed by Ripple with 6.13%, closes the top five leaders Bitcoin Cash and Litecoin from 3.38% and 1.78% respectively. In addition, Coinmarketcap's calculations do not take into account the cost of tokens circulating in the network of the Etherium and other similar platforms - their capitalization is also several billion dollars. Whether the bitcoin will be able to retain and strengthen its influence will be shown only by time.