Calvaria: Duels of Eternity is a card game in which players compete in tournaments using cards that ...

IMPT is an extremely innovative project, offering a variety of opportunities for users to acquire ca ...

The MONEYLAND Metaverse is based on the principles of complete decentralization and is built for all ... 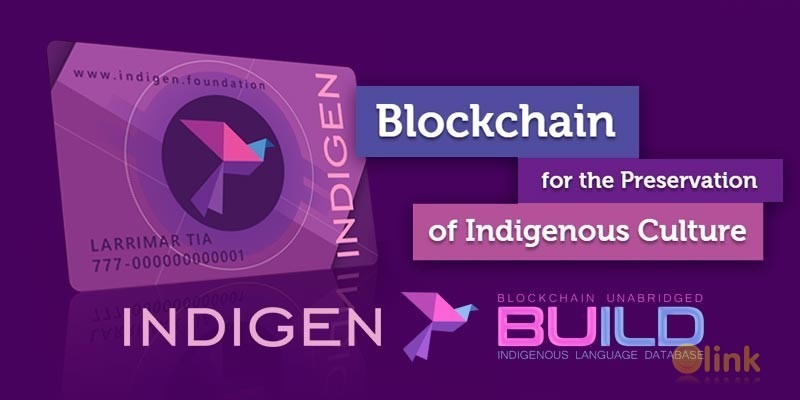 The very first cryptocurrency and blockchain project designed specifically to uplift the lives of the poor indigenous people, for the preservation of their cultures, and to revive their slowly vanishing identities.
Our vision is very clear, our mission is grand. But without the full support and participation directly from the indigenous population themselves, no one is going anywhere from this very same situation.
That is why we are pursuing a different kind of approach using blockchain that promises a breakthrough and disruptive technology, and offers the most secured, inalterable yet traceable, and decentralized data storage for protecting the identities and properties of the indigenous people.
We at Indigen believe that in order to preserve native cultures and traditions, we must first preserve their languages. That is why this 2019, to coincide with the declaration by the UN as International Year of Indigenous Languages (iyil2019.org), we have started working on a project which involves research and collection of indigenous languages to help revive and preserve various native dialects.

The project is called B.U.I.L.D. which is an acronym for Blockchain Unabridged Indigenous Language Database since we are using distributed ledger technology (DLT) as the repository of data due to the decentralized and immutable nature of blockchain and the ability to time stamp information and to keep track of historical records.

The role of our utility coin is to be the primary mode of incentives for individuals whenever they contribute in our collection of native languages, and other activities that will encourage them to actively participate. Likewise, for our partner merchants and institutions, they will need our coin to tap into our database for promoting their services and/or to give donations to whichever indigenous groups they want to support.
Artificial Intelligence Will Play a Key RoleFurthermore, once the data have been recorded on the blockchain, we will apply A.I. or machine learning technologies to allow real time translations between native languages or tribal dialects. This way, we hope to bridge the gap between various tribes and eliminate the thought of cultural differences and language barriers.

INDIGEN Token
To enable us secure the needed funding for this huge project, we created a token on the Ethereum platform called Indigen ST (IDGT) and launched a token sale or ICO which started in January 1, 2019.
Indigen ST (Symbol: IDGT) is an ERC-20 token on the Ethereum blockchain that will reward its holders of the required amount of IDGT with dividends from our future projects, paid out in ETH using a Smart Contract.
IDGT will be minted as needed, but the maximum supply that will ever be minted is 100,000,000 IDGT only wherein each 1,000,000 IDGT represents 1% of the full shares. Starting 1st January 2019, we offered to sell at tiered pricing up to 40,000,000 IDGT or an equivalent of 40% shares.