Michael Novogratz: this year Bitcoin will not rise above $ 9000 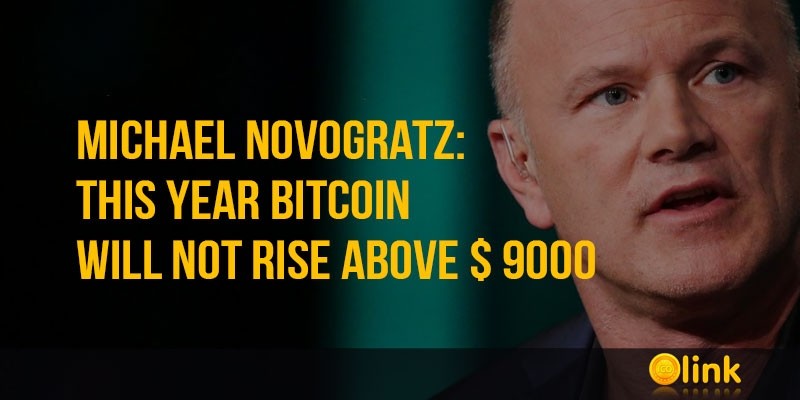 The well-known Bitcoin-optimist and former hedge fund manager Michael Novogratz, who previously assumed the price movement of Bitcoin to new historical heights until the end of 2018, revised his forecast.

Previously, Michael suggested that the cost of all cryptocurrencies would reach $ 20 trillion, and Bitcoin would cost $ 40,000 by the end of 2018. Despite such positive forecasts, the year is coming to an end, and the current state of affairs in the market does not closely correspond to the declared. In this regard, Mike decided to change his forecast and at the Finance Disrupted conference, he said that by the end of the year Bitcoin would hardly be able to achieve a quarter of the value he had named.

"I don't think it breaks $9,000 this year," Novogratz said on stage at the Economist Finance Disrupted event in Manhattan Tuesday.

Earlier in September, he expressed his opinion about the ongoing downward cycle, stating that the price of Bitcoin has already reached the bottom and will not fall below. As for future prospects - he noted that he expects the price to be overcome by the $ 10,000 bar by the end of the second quarter of 2019. Novogratz believes that at that time people will begin to experience a missed opportunity syndrome, due to which one day the price was already rapidly rising to the level of $ 20,000, but this time FOMO will be present among institutional investors, rather than retail investors.

Novogratz also said that the current negative mood in the market was aggravated by industry participants, who had to liquidate their assets to cover everyday expenses. Companies that have not made a profit for a long time, regardless of this, are obliged to cover their expenses, pay wages to employees, and so on, because of this they were forced to sell cryptocurrency assets.