Immunify.Life is a transformative and self-sustaining healthcare ecosystem secured by blockchain. It ... 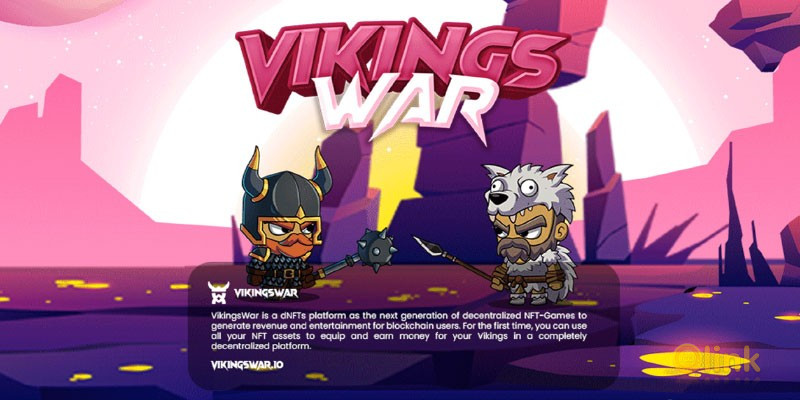 VikingsWar is a dNFTs platform as the next generation of decentralized NFT-Games to generate revenue and entertainment for blockchain users. For the first time, you can use all your NFT assets to equip and earn money for your Vikings in a completely decentralized platform.

VikingsWar is a decentralized game based on the blockchain of the Binance Chain network known as Dapp on the BSC network. This game is a combination of strategy games that are offered centrally by different companies. These games are often offered offline, and in the meantime, games in which users can participate online are maintained and managed by one or more central servers, and game owners have the ability to manipulate and influence the game data.

Also, the rules and regulations of the game can be changed and updated according to the decision of the game owners, which in many cases can lead to the violation of users' rights, and thus the users of these games, which are the main element of these games, have no role in decision making.

Another attraction of the VikingsWar game is the possibility of buying and selling Vikings, without intermediaries in the game environment. In this game, you buy a Vikings that you choose whose name and gender. it will be provided to you as an ERC998 token, which represents your Vikings in the game.

With the same facilities available to all players, you can raise the most valuable Vikings and sell them at your desired price in the marketplace. There are many people waiting to buy powerful Vikings with a good track record. One of the main reasons for the decision to decentralize the game is the value of the Vikings and the impossibility of changing their characteristics and background.