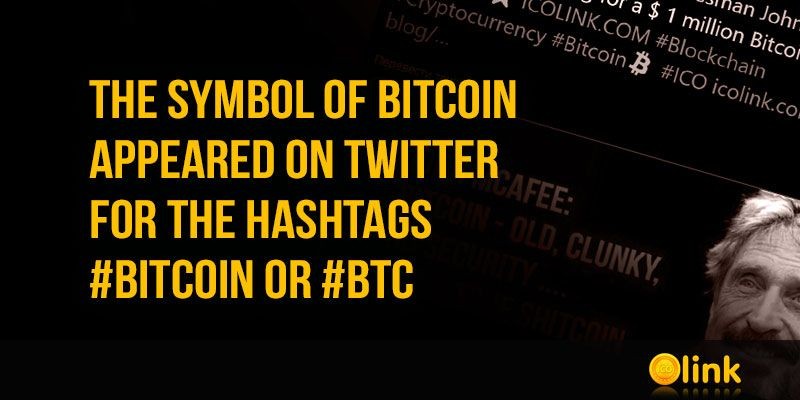 The Bitcoin symbol ₿ is now available on Twitter. It is displayed when writing the hashtags #Bitcoin or #BTC.

Jack Dorsey, co-founder and CEO of Twitter, was the first who added the Bitcoin symbol to his Twitter message. The Dorsey entry demonstrates that now when a Twitter user writes the hashtag #Bitcoin or #BTC, a cryptocurrency symbol is displayed next to him.

In official accounts of the Binance cryptocurrency exchange, messages appeared with the Bitcoin symbol, as well as a proposal for the cryptocurrency community to join the use of the hashtag and make it fall into Twitter trends. Binance CEO Changpeng Zhao has posted a message supporting the initiative.

Recall that in February last year, Google added a BTC symbol to the keyboard for iOS devices. The Bitcoin symbol is already in the Unicode symbol table of the 10th version from June 2017. The Unicode symbol assigned to Bitcoin is 20BF.

Although Apple has not yet officially added the BTC symbol, in September 2018 two Bitcoin symbols were added to the mobile operating system as part of the Siri Shortcuts application. In addition, Microsoft added the ability to select BTC as the currency in the program for working with Excel spreadsheets in May last year.