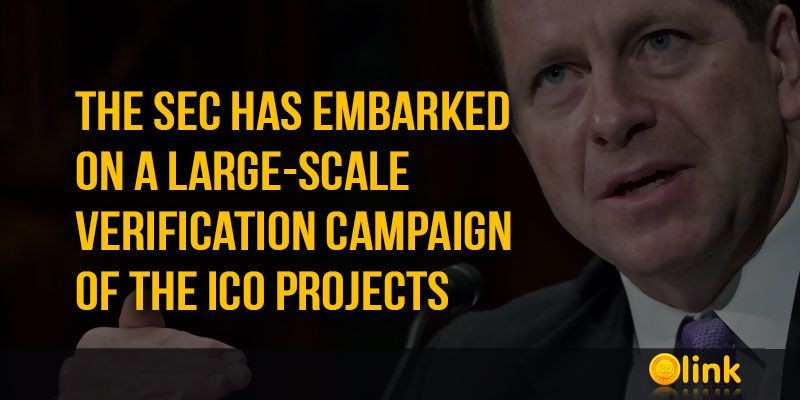 The Securities and Exchange Commission of the United States (SEC) began to verify the legitimacy of the activities of crypto-exchange companies. Dozens of companies operating on the cryptocurrency market received agendas and requests for the provision of financial information, which will be analyzed and evaluated by the regulator. The commission's concern is caused by the almost unregulated scope of ICO projects, as well as some ways of attracting investments. In particular, this is the organization and conduct of ICO by companies whose activities do not fall under the normative acts governing the conduct of traditional public events.

Commission head Jay Clayton has previously promised to pay special attention to companies whose leadership, alleging their connection with blockchain technology, is trying to artificially inflate the prices of its assets. The activities of several such projects were suspended. Companies violating the rules for the protection of investors received repeated warnings from the SEC.

Clayton said that the commission's staff will continue to carefully analyze the practices used in the ICO, identify and take appropriate measures against violators of laws.

It is known that ICO projects from the beginning of this year attracted over $ 2 billion of investments. Former SEC Commissioner Dan Gallagher believes that this is only the tip of the iceberg, and in the near future there will be a serious tightening of requirements for crypto-cash companies. The unregulated projects for placing the tokens Gallaher calls "the damned Wild West" and "The Wall Street Volke on steroids."

Actions SEC should not be considered a negative signal for the whole cryptocurrency market. The Commission primarily fights against fraud in the virtually unregulated ICO area, whose members, often without even an intelligible description of their product, attract multimillion-dollar investments.

Massachusetts Institute of Technology is preparing to publish a report, according to which the amount received by fraudsters in the process of ICO funds ranges from $ 270 million to $ 317 million. Investigating such crimes is far from always successful.

According to New York Times journalist Nathaniel Popper, the SEC may attempt to transfer leadership of cryptocurrency companies to more predictable and reliable players. One of the first cases of such a transfer, he believes the purchase of the Poloniex exchange by the Circle payment company.