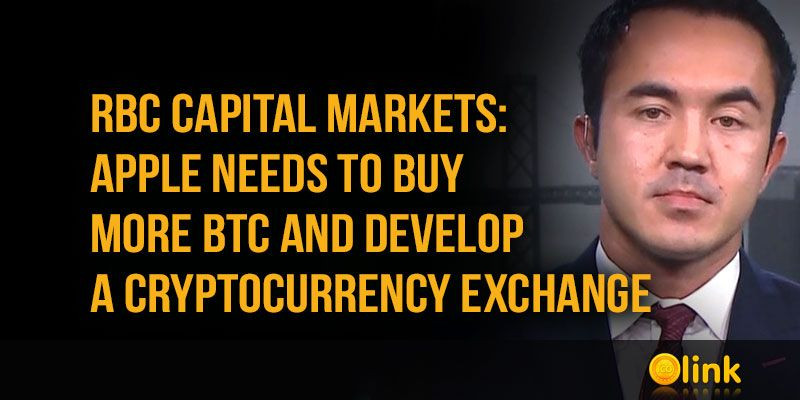 Analysts at investment bank RBC Capital Markets believe that after launching its own cryptocurrency exchange, Apple will be able to earn more than $ 40 billion a year.

Apple's market cap is around $ 2.3 trillion. Analysts likened Apple to payments company Square, which was founded by Twitter CEO Jack Dorsey. Square bought 4,709 BTC for $ 50 million in October. According to RBC Capital Markets analyst Mitch Steves, Square's quarterly revenues from cryptocurrency trading are about $ 1.6 billion. Square has an active user base of 30 million people.

Apple's user base is 1.5 billion people, and if we assume that only 200 million of them will make transactions with cryptocurrencies, this will be 6.66 times more than Square. The authors of the report believe that Apple's potential revenue from digital assets will exceed $ 40 billion a year. Therefore, in the next decade, Apple could become the largest player in the cryptocurrency industry.

Apple will be able to easily cover the research and development costs of a cryptocurrency exchange and easily compete with other marketplaces. Analysts believe Apple could create a "closed system for transferring rights to cryptocurrencies" between customers. It is also possible to develop an open system that uses Bitcoin. To save money when converting fiat currencies into crypto assets, analysts suggested using the Strike or Lighting Network service. Apple could address regulatory compliance and KYC issues in the United States. Apple's cryptocurrency exchange will reduce the likelihood of a Bitcoin ban in the future, analysts said.

"If Apple went down this path the U.S.A. would likely acquire the most crypto assets from a global perspective," the analysts wrote. "If the U.S.A. owns the most crypto assets (be it bitcoin or other assets), it would not make logical sense in our view to ban it. In addition, with Apple's secure and world-class software, the U.S.A. would be able to have confidence in user information and balances if needed in the future,"

stated in a report by RBC Capital Markets.

Steves suggested that the tech giant invest in Bitcoin to pay for the development of a cryptocurrency exchange out of the rise in its price. For example, if Apple buys BTC for $ 5 billion, the price of this crypto asset will rise by at least 10%. The company will be able to use these funds to finance the initiative without prejudice to other projects.

Recall that a few months ago, the leading strategist of ETF Think Tank Dan Weiskopf also advised Apple to invest in Bitcoin, but a much larger amount: from $ 10 billion to $ 20 billion. Weiskopf believes that this would be a reasonable hedge against inflation.

Tags:
ico news Cryptocurrency ICO blockchain BTC Apple
Economist at the London School of Economics: Bitco...
Bill Miller: Bitcoin is the only asset with such g...