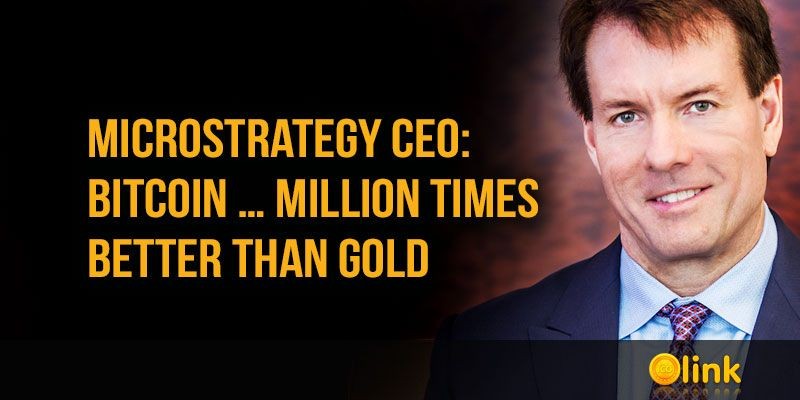 MicroStrategy CEO Michael Saylor said his company will not sell BTC for 100 years as Bitcoin is the best way to store value.

In mid-August, MicroStrategy announced the purchase of 21,454 BTC for $ 250 million, becoming the first US public company to invest a significant portion of its reserves in this digital asset. In an interview with Real Vision CEO Raoul Pal, Sailor said the decision to invest the large sum in Bitcoin was made in conjunction with the firm's board of directors, investors, auditor and executives. Sailor clarified that he does not view Bitcoin as a market speculation or hedging tool. The company deliberately acquired this cryptocurrency to gradually introduce Bitcoin into the financial system.

MicroStrategy's management decided to adjust its investment portfolio in the face of economic uncertainty around the world by examining assets suitable for long-term holding. After looking at many options over a 100-year horizon, Sailor concluded that Bitcoin was the only viable option. Taxes, fees, and inflation kill virtually all assets, and assets that manage to stay afloat lose their attractiveness as they are controlled by CEOs or the government.

According to Sailor, unlike traditional assets, Bitcoin's infrastructure is constantly evolving, becoming faster and more stable over time. When asked if ETH is an alternative to Bitcoin, Sailor replied that Ethereum developers are trying to improve the functionality of this crypto-asset, but the effectiveness of the new Ethereum architecture can only be judged after some time. The head of MicroStrategy believes that Bitcoin is the "winner of the cryptocurrency market." Sailor also stated last month that holding Bitcoins is less risky than holding cash.

Bitcoin is the best collateral in the world and is incomparable to gold and other commodities. If you have $ 100 million in cash, then within 100 years you will lose 99%, and if you invest in gold, you will still lose at least 85%. With Bitcoin, everything is transparent - anyone can check in seconds that I own this cryptocurrency.