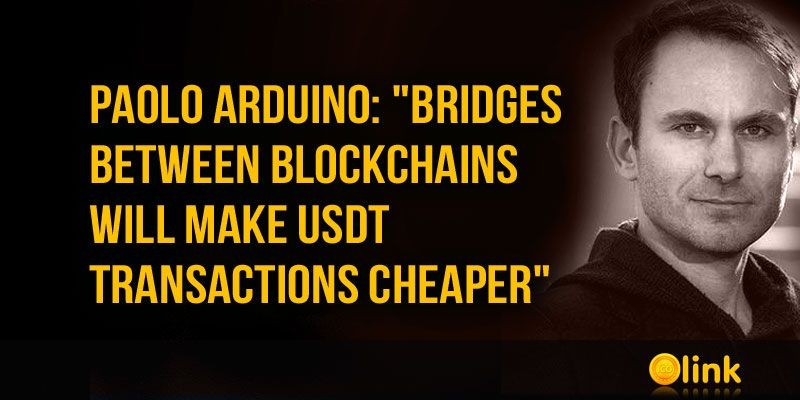 Paolo Arduino, technical Director of the Bitfinex exchange, believes that bridges between different blockchains will make transactions with usdt stablecoins cheaper. Arduino facilitated the pTokens development team that launched the bridge between the EOS and Omni blockchains. In the future, such bridges for interaction between different blockchains will reduce the load on the network and help reduce transaction fees.

Now only the bridge between the main EOS network and the Bitcoin blockchain has been launched. The user transfers funds in the same network, for example, bitcoins, and the company pToken uses its pBTC bridge to issue a similar number of tokens on the EOS network. In the future, similar bridges are planned between EOS and Litecoin, as well as EOS and Ethereum. Arduino said that the creation of such bridges for interoperability of the block chain will help you to use all the advantages of the different networks. In addition, it will reduce the load on blockchains.

It was the large load on the Bitcoin network that led to the release of Tether on Ethereum in 2017. Many exchanges, including Bitfinex, support USDT on at least two networks, so the exchange of stablecoins between blockchains already exists, but in a centralized version. However, launching direct interaction will make this process faster and easier for users.

Arduino hopes that the example of pTokens will encourage other developers to create bridges between different networks. Arduino recently stated that the usdt stablecoin can significantly increase liquidity and make the DeFi industry more stable. In his opinion, DeFi projects are subject to systemic risks due to the fact that they are based on crypto assets.