Prime Minister of Luxembourg: we intend to become the center of blockchain development 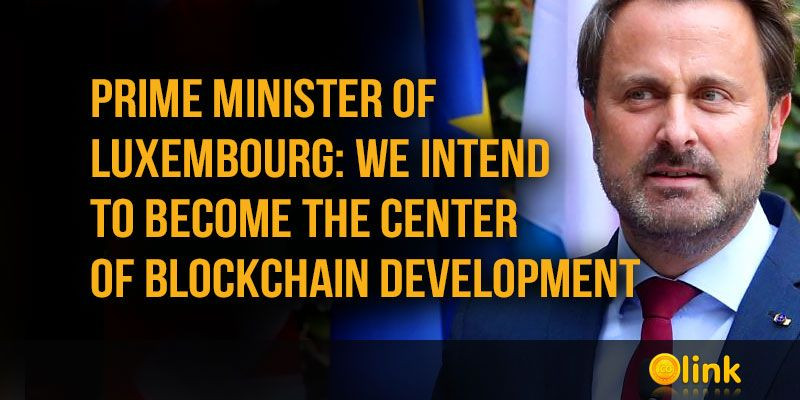 Luxembourg Prime Minister Xavier Bettel said that the country intends to create conditions for the implementation of blockchain and cryptocurrencies, as it considers these industries to be promising. Speaking at the Luxembourg Blockchain Week conference, Bettel said the Luxembourg government will continue to "pave the way" for the development of innovative technologies in the country.

Despite the fact that Luxembourg is one of the smallest countries, the Prime Minister announced his intention to turn it into a digital leader. Bettel stressed that the country has already achieved great heights in the development of digital technologies, however, in order to maintain leadership, it is important not to stand still, but to continue development. Luxembourg is considered a blockchain and cryptocurrency friendly jurisdiction. Local authorities have previously stated that digital currencies are considered intangible assets, so they should not be subject to income tax until they are exchanged for regular money.

In addition, back in 2016, the Bitstamp cryptocurrency exchange became the first platform in Luxembourg to receive the status of a regulated payment organization. In 2019, the Luxembourg government approved a bill regulating the use of blockchain in finance. With the hype around blockchain and cryptocurrencies, Bettel joked that he could create his own collection of non-replaceable tokens (NFTs) to symbolize his ties in order to "make a lot of money in a short amount of time."

Bettel has been the Prime Minister of Luxembourg since 2013. He clarified that he is not a technician or developer. However, the politician is fully convinced that the blockchain can significantly simplify both business processes in many areas of activity and the lives of ordinary people.