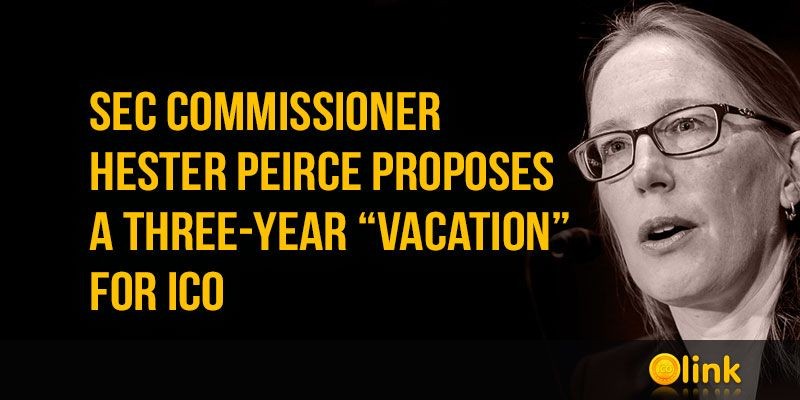 US SEC Commissioner Hester Peirce has proposed a three-year regulatory "vacation" for cryptocurrency startups. Pierce at the International Blockchain Congress in Chicago announced this proposal.

Within three years after the first ICO, young companies will be able to develop their network and community without fears of compliance with the regulatory regime. However, during this period they must achieve a certain degree of decentralization in order to be ready to pass the Howie test and the SEC check on whether the tokens of these startups are securities.

Pierce explained that the results obtained in the analysis will not be final. At the time of issue, the token may have the characteristics of securities, but as the platform develops, it will not necessarily have these properties. According to Pierce, the current federal securities laws prevent cryptocurrency projects from developing to the point where their tokens, originally sold as securities, may cease to be so.

If other SEC commissioners support this proposal to create a "safe haven" for cryptocurrency startups, a clear set of requirements will be developed for raising funds through ICOs, disclosing a code and providing information. As Pierce explained, despite regulatory "vacations," startups will be required to provide all the information needed for token buyers, as well as ensure compliance with federal laws.

In addition, developers will be required to disclose personal information, including on work experience and qualifications, as well as on the number of tokens available to each employee. In order to protect buyers, cryptocurrency startups will have to publish the source code, tokenomics, roadmap, as well as information about previous token sales and transaction history.

Pierce's proposal implies the existence of a "primary development team," with responsibility for developing a "fully functional network," which should not be under the control of any one organization or one person. Over a three-year period, the team will have to ensure the liquidity of the token in the secondary market, and after three years - independently determine whether the token falls into the category of securities. Pierce noted that in the case of investors cheating, misrepresentation of critical information and other violations, startups could not escape responsibility.

Recall that in 2019, the SEC received more than $ 4.3 billion in fines from cryptocurrency companies that violated the laws. In addition, in 2018, the Commission sued BlockVest for false information about the approval of ICOs by regulatory authorities, and also imposed a life ban on the work of Tomahawk Exploration LLC for alleged fraud with the initial placement of tokens.

Tags:
ico news Cryptocurrency ICO blockchain
US Treasury Secretary: about to roll out some sign...
Elon Musk: The crypto scam level on Twitter is rea...