Jay Clayton: “ETHEREUM and cryptocurrencies similar to it could lose the status of securities” 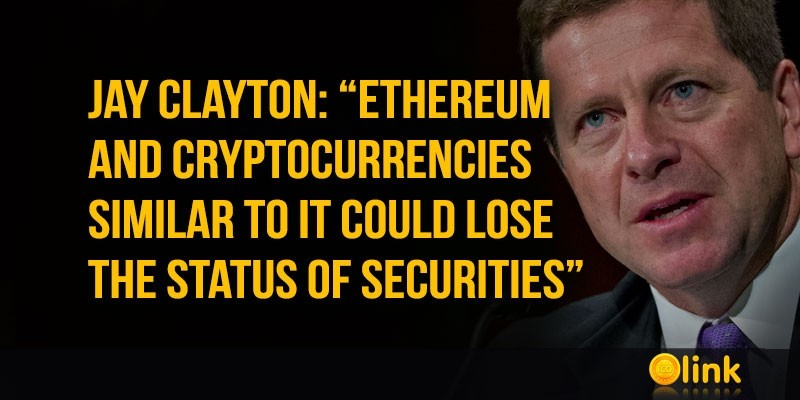 The chairman of the US Securities and Exchange Commission (SEC), Jay Clayton, said that ETHEREUM and similar cryptocurrencies could eventually lose the status of securities.

In June 2018, the head of the SEC corporate finance division, William Hinman, stated that the decentralized structure of the Ethereum network does not allow for proper application of securities laws to this cryptocurrency. At that time, some saw in Hinman's statement an important step towards eliminating uncertainty in the regulation of digital assets, while others thought that was not enough.

CoinCenter, together with congressman Ted Budd, sent Clayton a letter asking for comment on Hinman's words. The Chairman gave a rather detailed answer:

"I agree with Director Hinman's explanation of how a digital asset transaction may no longer represent an investment contract if, for example, purchasers would no longer reasonably expect a person or group to carry out the essential managerial or entrepreneurial efforts. Under those circumstances, the digital asset may not represent an investment contract under the Howey framework," said the SEC chairman.

In addition, in November last year, Clayton said that the Commission would not give permission to launch Bitcoin ETF until the issue of manipulation in the cryptocurrency market is resolved.