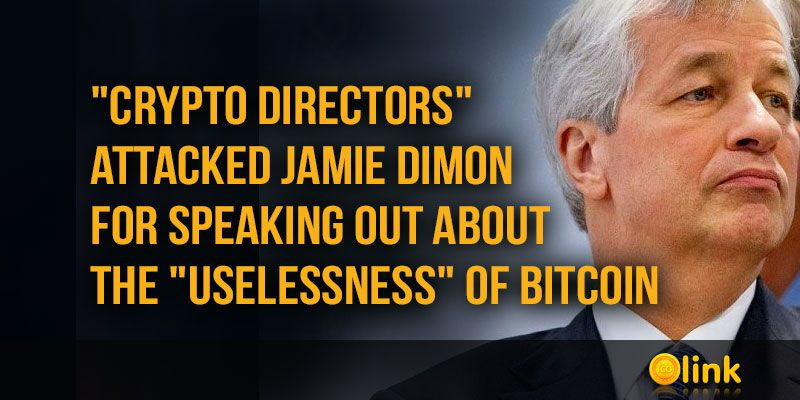 CEOs of Coinbase, MicroStrategy, and Galaxy Digital have stoned JPMorgan bank chief Jamie Dimon for speaking out negatively about Bitcoin. Despite the fact that JPMorgan does not deny retail clients access to cryptocurrency funds, recently its CEO Jamie Dimon once again called Bitcoin "useless".

He announced this at an event organized by the Institutes of International Finance. In addition, Daimon doubted that Bitcoin's offer is limited to 21 million coins. The limited supply of Bitcoin is considered one of its main advantages over fiat currencies, as a shortage of coins can increase demand and contribute to the growth of the BTC rate. Therefore, many people often refer to Bitcoin as "digital gold".

"How do you know that Bitcoin will be limited to 21 million coins? Do you all read algorithms? Do you guys believe in all this? I've always been skeptical about this kind of thing,"

And then I wrote it (coding up our own Bitcoin node) to make sure I understood it. https://t.co/yg46xyvkMq

His remarks sparked real anger among Bitcoin supporters. Coinbase CEO Brian Armstrong tweeted that he "read the algorithms" and even wrote them himself to make sure he got it right. Armstrong added that in the coming decades, executives without an engineering background will be irrelevant as "software is devouring the world, making changes in every industry." However, such people should not lose hope - there are many free tools available on the Internet for learning the basics of blockchain and cryptocurrencies, Armstrong sneers.

Michael Saylor, CEO of MicroStrategy, which regularly invests in Bitcoin, also expressed bewilderment about Daimon's comments. He turned to bankers and investors who criticize Bitcoin with the question: "Do you understand what Bitcoin is?"

"So weird. The man who runs the giant bank expresses such an amateurish opinion about Bitcoin, and his statements on this topic are more and more superficial each time," Novogratz tweeted.

Recently, Novogratz called Bitcoin not just an asset for hedging risks, but also a standard for moving value on the Internet.