Chinese energy company denies rumors about the disconnection of miners 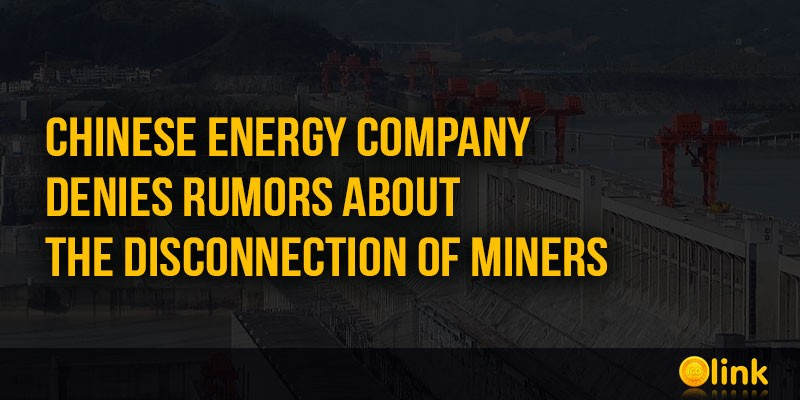 The State Electric Power Company of China refutes rumors that they are cutting off miners in Sichuan province for mining Bitcoins. A few hours ago, a rumor was spread that the state grid of the country was going to cut off all those who are producing Bitcoins in Sichuan province from the power grids on the grounds that it is illegal activity. Sichuan has long been the main mining center in China. Since the province has a lot of hydroelectric power stations, due to this there is very cheap electricity. Many transfer their mining centers to Sichuan and sublet them.

Today in the provinces of Sichuan and Inner Mongolia are the world's largest mining sites for Bitcoin, which produce more than 50% of all Bitcoins in the world. In Sichuan province there is a large volume of water resources, the largest in the country. Before the appearance of miners, many large and small hydroelectric power stations were overcapitalized here. Very often the discharge of water, which should be used to generate energy, was spent idle. Now almost all power plants are loaded with work. With the arrival of the miners, HPPs began to use their capacities, and the miners received cheap electric power. The branches of the company clarified that this is just an internal note, and some of its phrases are taken out of context.

Though quickly circulated and reported by Chinese local media – raising questions about whether such a decision may signal an administration move against bitcoin mining (one that would follow crackdowns on initial coin offerings (ICOs) and the exchange-based trading of cryptocurrencies against the Chinese yuan) – subsequent statements indicate that the fears may be overblown.

According to Chinese business publication Caixin, local executives from the county branch confirmed the authenticity of the report but clarified it's only an internal memo and some of the phrases were drafted incorrectly. It's also important to note that the document comes from a county branch instead of a statewide level, thus diminishing the weight it might carry.

"We are a state-owned enterprise, not an administrative branch that has the power to determine whether bitcoin mining is legitimate or not," the county branch told the publication.

The firm went on to clarify that some of the small generators in the region may have violated agreements that prioritize electrical supplies for local residents before business such as bitcoin mines.

At the same time, such a decision may also signal a conflict between the State Grid's county branch and the individual generators over the profits that they make through bitcoin mining.

"It's a fight for the interests of hydropower stations," Jiang Zhuoer, founder of China's mining pool BTC.TOP, told CoinDesk.