Steve Wozniak: Bitcoin should become a single currency of the Internet 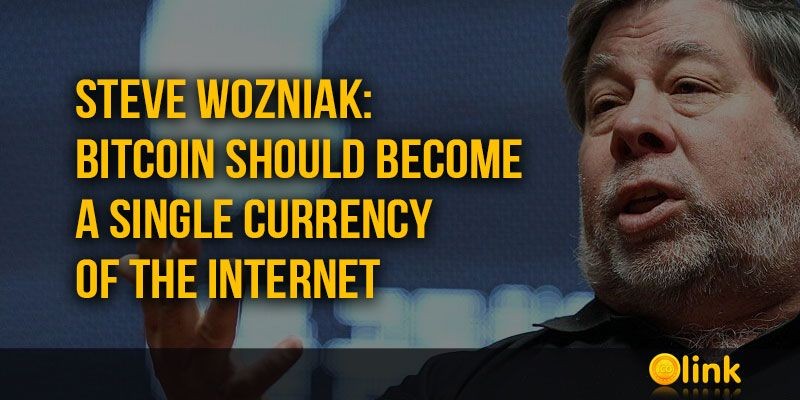 Steve Wozniak, co-founder of Apple Computers, shares the view of Twitter CEO Jack Dorsey, who believes that Bitcoin will dislodge altcoins from the market.

"I buy into what Jack Dorsey says, not that I necessarily believe it's going to happen, but because I want it to be that way, that is so pure thinking, "he said.

Twitter and Square CEO Dorsey recently said that within a decade, Bitcoin could become a single currency for the Internet.

Wozniak said that he considers Bitcoin to be the true equivalent of gold - he even has certain advantages over precious metals: a limited number of coins and complete decentralization.

"Bitcoin is mathematically defined, there is a certain quantity of bitcoin, there's a way it's distributed… and it's pure and there's no human running, there's no company running and it's just… growing and growing… and surviving," Wozniak said.

Wozniak also positively refers to the Ethereum, especially in terms of its application as a platform, and not just as a payment system. In his opinion, the project could become the next Apple in terms of its status in the technology sector.