Bill Miller: Bitcoin is available to people even in times of wars and crises 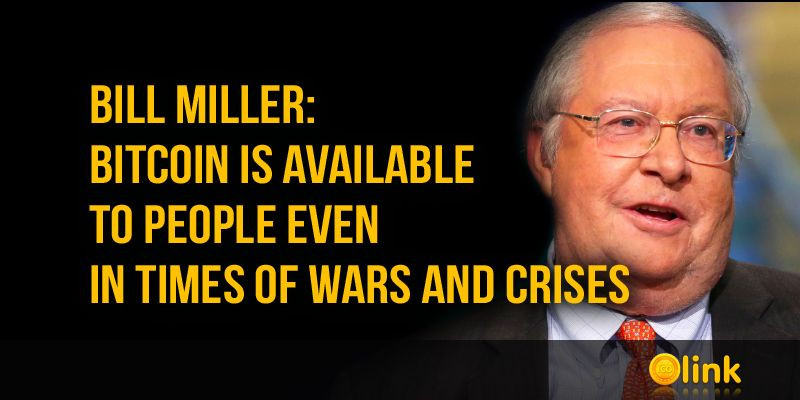 The head of the investment company Miller Value Partners

The head of the investment company Miller Value Partners, Bill Miller, called Bitcoin an effective means of accessing financial services, regardless of the military and economic situation. Billionaire Bill Miller supported Bitcoin, calling it a "saving tool" for all countries involved in military conflicts, because of which ordinary citizens cannot access banking services. Miller cited the example of the collapse of the financial infrastructure in Afghanistan after the withdrawal of American troops in August 2021.

When the United States left Afghanistan, money transfers through the payment operator Western Union stopped in the country. But, if the people of Afghanistan could freely use bitcoin, everything would be fine. It can be sent anywhere in the world, there would be a mobile phone,

He added that Bitcoin worked as insurance for investors during the pandemic. Even when the US Federal Reserve System (FRS) began to reduce the money supply to "save" mortgage rates, bitcoin functioned normally, without anyone's intervention.

Earlier, Miller said that Bitcoin has no signs of a "bubble", and assessed the prospects for its development as optimistic. According to the billionaire, the Bitcoin exchange rate will never collapse to zero, especially given the large investments of institutional investors.


Join ICOLINK socials to be updated: