Anthony Grisanti: Bitcoin will drop to $ 7,000, and then the markets will consolidate 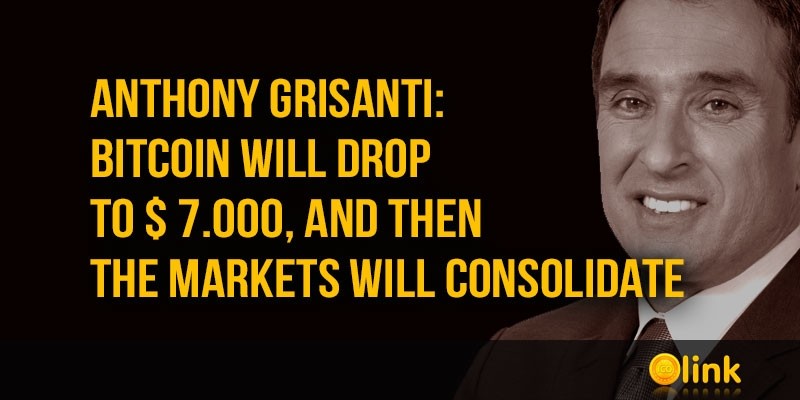 A cryptocurrency trader, Anthony Grisanti, who works on the New York Mercantile Exchange (NYMEX), predicted a Bitcoin exchange rate to reach $ 7,000 and the subsequent consolidation of markets.

Anthony Grisanti made his assumptions on the Trade Alert program on CNBC. According to a professional trader, in the near future, the rate of the first cryptocurrency will fall to the level of $ 7,000.

"I think it consolidate a little bit … I think consolidation for this market is very healthy,"

The trader also noted that in recent days, Bitcoin trading volumes began to decline, which means that buyers are becoming less and less powerful and the bulls may retreat for a while. It is quite possible that Grisanti was right, as the Bitcoin exchange rate fell by $ 200 in the morning of May 23 and at the time of publication is at $ 7,600.

Note that, according to the cryptocurrency fund manager Brian Kelly, the future halving of the Bitcoin award will help the growth of the first cryptocurrency rate. Kelly recommended that all investors keep in Bitcoin from 1% to 5% of their investment portfolio. In addition, the other day, the co-founder of the Gemini exchange, Cameron Winklevoss expressed the opinion that "to steer clear of cryptocurrency is madness."